The new head of the World Health Organisation (WHO) is rethinking a plan to appoint Zimbabwe’s President Robert Mugabe as a goodwill ambassador.

He had previously praised Zimbabwe for its commitment to public health.

But Mr Mugabe’s critics say Zimbabwe’s health care system has collapsed under his 30-year regime, with staff often going without pay while medicines are in short supply.

It led Zimbabwean human rights lawyer Doug Coltart to take took to Twitter to question how WHO felt about having “a Goodwill Ambassador who destroyed the health sector in his country”.

Other social media users accused the president – who, at 93, has outlived his country’s average life expectancy by more than three decades – of travelling abroad to receive his own medical treatment.

Meanwhile, the UK government described his selection as “surprising and disappointing” given his country’s rights record, and warned it could overshadow the WHO’s work.

Canadian Prime Minister Justin Trudeau said he “thought it was a bad April Fool’s joke”, while the US State Department said it “clearly contradicts the United Nations ideals of respect for human rights and human dignity”.

Zimbabwe’s leader has been frequently taken to task over human rights abuses by both the European Union and the US.

Other groups who have criticised Mr Mugabe’s appointment include the Wellcome Trust, the NCD Alliance, UN Watch, the World Heart Federation and Action Against Smoking.

Dr Tedros had said Zimbabwe was a country that “places universal health coverage and health promotion at the centre of its policies to provide health care to all”.

However, the Ethiopian said on Saturday he was “rethinking his approach in light of WHO values”.

Mr Mugabe was supposed to be goodwill ambassador “to help tackle non-communicable diseases”, which includes things like heat attacks and asthma.

Dr Tedros is the first African to lead the WHO. He was elected in May with a mandate to tackle perceived politicisation in the organisation. 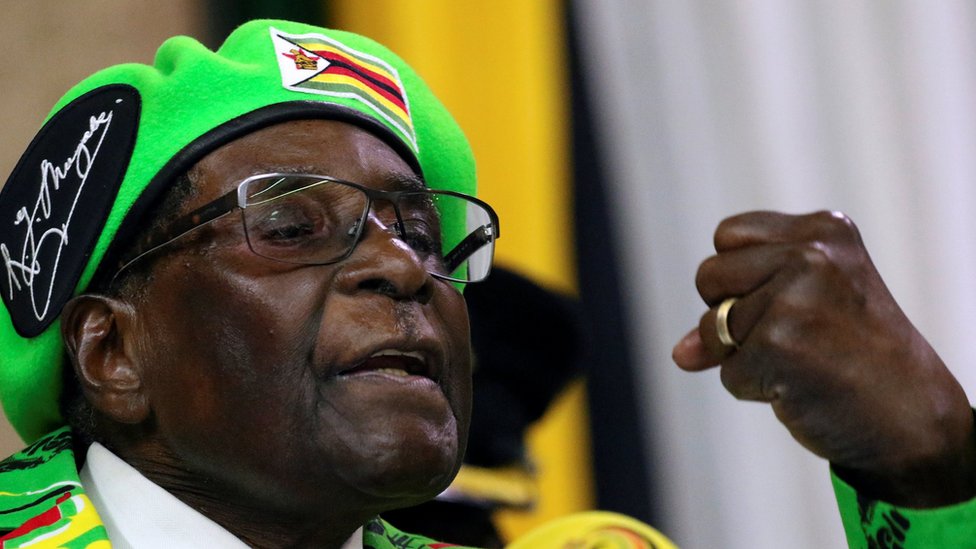 Japan snap elections: All you need to ...