Wydad Casablanca will hope their superb home form in this year’s African Champions League can carry them through to their first final since 2011.

The 1992 champions have won all five of their matches in Morocco this season without conceding a goal.

On Saturday, they host Algerians USM Alger in the second leg of the semi-final, which is poised at 0-0.

Whoever wins will meet the victor of Sunday’s game between Al Ahly and Tunisians Etoile du Sahel in Cairo.

Etoile lead 2-1 from the first leg played on 1 October.

Wydad coach Hussein Amotta has called on his players to take the game to USMA, who were runners-up two years ago as they reached the final for the first time in their history.

“My players should focus on the technical, tactical and mental aspects because this is not a match where mistakes can be made,” said Amotta.

“So we have to pay attention to certain details. As the match will be in our stadium, we will be supported by our fans but, at the same time, we must show courage in attack while also having a strong defence.”

Saturday’s game will take place at the Stade Mohammed V in Casablanca, which can accommodate 67,000 fans.

USMA have yet to win on their travels in this season’s Champions League but have drawn their last three away games in the competition 1-1, a result that would be good enough to take them through on Saturday.

On Sunday, Al Ahly will aim to maintain their record of never having gone more than three years this century without reaching the Champions League final.

They last reached the decider in 2013, when defeating South Africa’s Orlando Pirates to win a record eighth title.

Etoile, meanwhile, are looking to be crowned African champions for only the second time in their history.

Their sole previous success came against Al Ahly themselves in 2007.

The Tunisians may have won their home leg 2-1 but Al Ahly coach Hossam El Badry believes the away goal scored by Saleh Gomaa could prove crucial.

“The goal in Tunisia will make our mission a little easier,” said El Badry, who guided the ‘Red Devils’ to Champions League glory in 2012.

“We wasted several chances during the first leg but the home match will be different.”

Ahly have been buoyed by the fact that Egyptian authorities have agreed that 40,000 spectators can attend the game in a country where most matches have recently been staged behind closed doors for security reasons.

However, they will be without veteran Egypt international Ahmed Fathy for the match because of suspension. 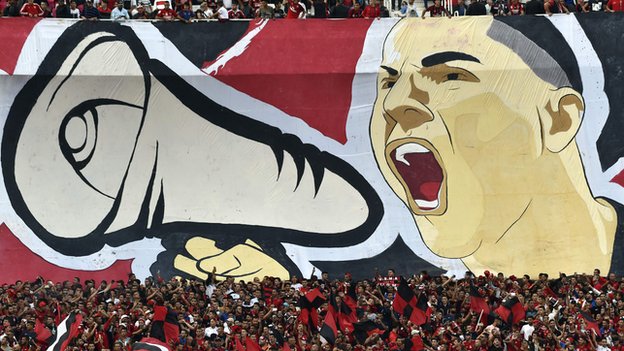 Remittances are a ‘lifesaver’ for many Liberians