Footballer Sebastien Bassong has been banned from driving for speeding at 110mph in his Maserati on a dual carriageway.

The 31-year-old Cameroon international admitted speeding on the A11 near Thetford, Norfolk, on 21 December.

During mitigation, Ipswich magistrates were told he is currently “unemployed” and is “living off his savings”.

Bassong, who was released by Norwich City in the summer, was banned from driving for 40 days.

He was also fined £440 and told to pay court costs.

More on this and other Norfolk news

Bassong, of The Drive in Wymondham, Norfolk, had been driving at 40mph over the speed limit for about half a mile when he was stopped by police.

South East Suffolk Magistrates’ Court heard he was caught speeding at 23:35 GMT after the mother of his children called to say she was “in a lot of pain”.

She had previously had kidney stones and they were worried the problem had flared again, the court heard.

Magistrates were told Bassong “regrets his actions”, accepts there is “no excuse whatsoever” for speeding and has since sold his Maserati.

Bassong made 105 league appearances for Norwich after he was signed by the club in August 2012.

The former Tottenham, Newcastle, Watford and Wolves defender was released by the Canaries at the end of last season and is currently a free agent. 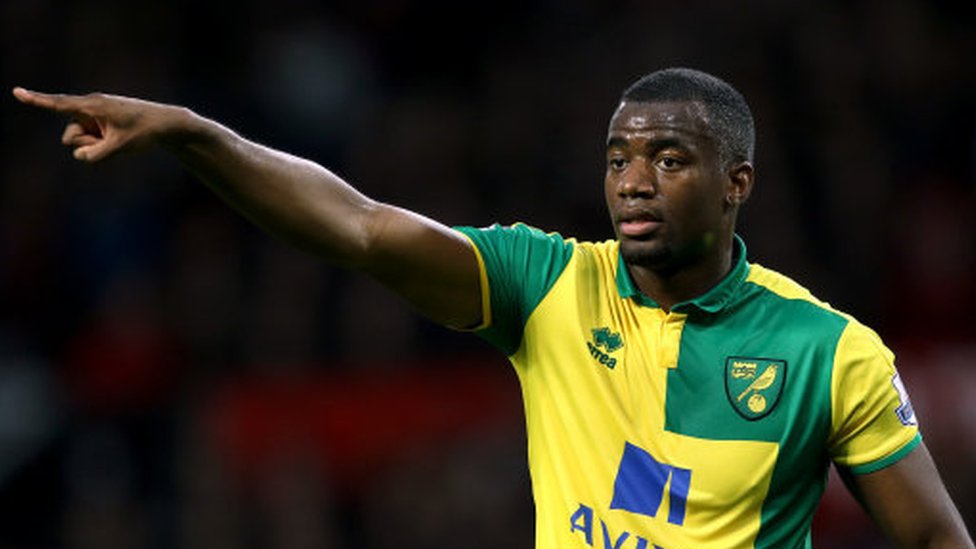