The Tunisia Football Federation (FTF) has given up on trying to lure former France youth Wissam Ben Yedder to play for the Carthage Eagles.

The FTF was keen on drafting the in-form Sevilla striker for the country’s potential 2018 World Cup campaign.

But the 27-year-old, whose parents are from Tunisia, has opted to focus on playing for France instead.

“The FTF has closed the file on Bin Yedder and wish him success for the rest of his career,” read a statement.

Tunisia are closing in on a fifth World Cup appearance, and first since 2006, needing to only draw their final Group A qualifier at home to Libya next month to seal a berth in Russia.

FTF officials had approached Ben Yedder on five separate occasions in an attempt to convince the France-born forward to make a nationality switch after representing the Europeans at Under-21 level.

But they have now moved on after the player – uncapped at senior level and still eligible for the North Africans – preferred to wait for his chance with France’s senior team.

With seven goals in 10 appearances for Sevilla this season, Ben Yedder hopes to follow in the footsteps of Hatem Ben Arfa, who also refused a chance to play for Tunisia at the 2006 World Cup. 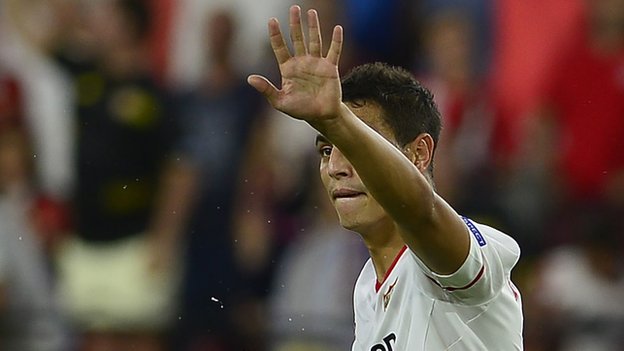