Prosecutors in Brazil have formally charged the former head of the country’s Olympics committee with corruption over the Rio games.

Lamine Diack, a Senegalese former head of the global athletics body, and his son Papa Massata were also charged, and also both deny wrongdoing.

Mr Nuzman was arrested on 5 October.

According to the indictment, he and the former governor of Rio state, Sergio Cabral, “directly solicited” the $2m payment from Brazilian businessman Arthur Soares.

At the time, Lamine Diack was an influential member of the International Olympic Committee (IOC).

Mr Soares allegedly paid the money to Papa Massata just three days before the IOC voted on which country would host the 2016 Summer Games.

Rio then beat Chicago, Madrid and Tokyo to become the first South American city to host the Olympics.

Mr Soares and Mr Cabral have been charged along with Brazilian Olympic Committee ex-chief Leonardo Gryner. All deny the allegations made against them.

Both members of the Diack family are already the subject of a French investigation over the same bidding process.

Lamine Diack is being held in France as the investigation continues, while his son remains in his native Senegal, which refuses to extradite him.

Mr Cabral is already in jail over another case. The former Rio governor was sentenced in June to 14 years in prison for corruption and money laundering.

An arrest warrant has been issued for Mr Soares but he remains at large.

The IOC suspended Mr Nuzman and the IOC’s Brazilian arm earlier this month.

Mr Nuzman resigned from the Brazilian Olympic Committee last week saying he needed to devote himself to his legal defence. 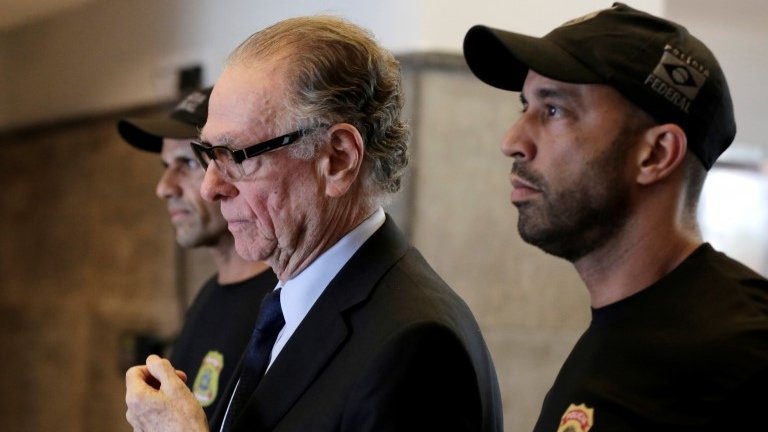