London, Oct. 18, 2017 (AltAfrika)-The government in Togo has deployed military personnel to the streets in the capital Lome and other cities ahead of planned opposition protests today, an action already banned by the government

-At Adewui and the Be-Gakpoto roundabout in Lome where the opposition protest is set to begin, dozens of armed soldiers and gendarmes besieged the area early Wednesday morning, local news portal Ici Lome reports.

The opposition coalition vowed to hit the streets on Wednesday and Thursday after violent clashes in the northern city of Sokode where public buildings were torched after an Imam aligned to the opposition Pan-African National Party (PNP) was arrested.The coalition demands the immediate and unconditional release of the Iman and the arrested, and the immediate cessation of arrests and reprisals against the people.

The government described the agitation and arson which affected the headquarters of the PNPas an act of terrorism. 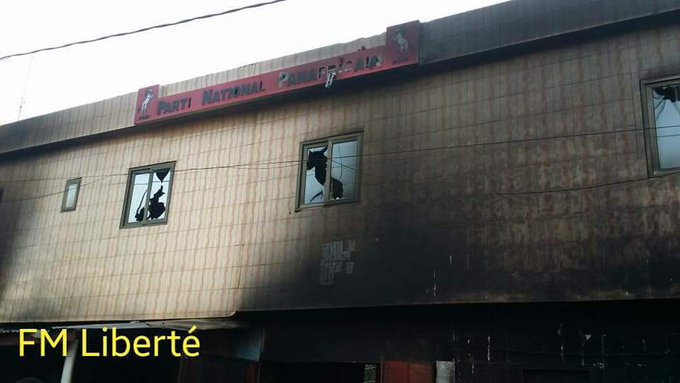 The leader of PNP Tikpi Atchadam and other members of the coalition condemned the arrest of Imam Alpha Alhassane and the action of the security forces who fired teargas to quell the angry protesters.
The tension spread to other cities including Tchamba, Bafilo, Kpalimé, Agoényne and the capital Lome. The coalition said in a statement on Tuesday that three people had been killed.

“According to the information in our possession, the provisional record would be 3 dead, many seriously wounded, public and private buildings among which houses and seats political parties, burned.

“The coalition demands the immediate and unconditional release of the Iman and the arrested, and the immediate cessation of arrests and reprisals against the people.

“Welcoming the people’s determination and resistance to oppression once again, the coalition urges them to come out on Wednesday 18th and Thursday 19th October 2017 in solidarity with the compatriots and to demand more than ever the return to the 1992 constitution…” they said in a statement.

The Togolese opposition are calling for a two five-year term limit for presidents as well as a two-round voting system.

A bill was tabled before parliament by the cabinet during the early September round of demonstrations to reinstate the term limits which were struck out by the father of Faure Gnassingbe before his death.

The opposition rejected the draft bill to modify Article 59 of the constitution which has maintained the exclusion of the clause that says “no one can serve more than two terms”.

They believe it is a ploy to allow Faure, who is serving his third term, to attempt a fourth in 2020.

Their boycott of parliament on Tuesday blocked the passage of the bill forcing it to be decided in a referendum due to the lack of the needed four-fifths majority.