Hertha Berlin’s players and officials “took a knee” to show their support for “an open-minded world” before their 2-0 loss against Schalke on Saturday.

US President Donald Trump has heavily criticised the American protests.

The tweet also said the club stands for “a tolerant Berlin and an open-minded world, now and forevermore”, before adding the hashtag #takeaknee.

“We are living in the 21st century, not the 18th century, but there are some people who haven’t developed their ideologies accordingly,” Hertha player Sebastian Langkamp told Sky Sports.

“If we can give them a bit of help in doing so, then that’s good.”

Schalke won the match thanks to second-half goals from Leon Goretzka and Guido Burgstaller after Hertha Berlin had Genki Haraguchi sent off for a bad challenge on Burgstaller in the 44th minute.

Kaepernick started his protest last year when he sat down as the American national anthem was played during a pre-season American football game in 2016.

He explained his gesture, which later became known as “taking the knee”, was meant to highlight racial injustice and police brutality against African Americans.

President Trump said NFL players who refused to stand during the national anthem should be fired, comments that led to a large number of protests involving American football teams and owners.

NFL commissioner Roger Goodell said disputes over the protests threaten “to erode the game’s unifying power” and called on clubs to resolve the issue. 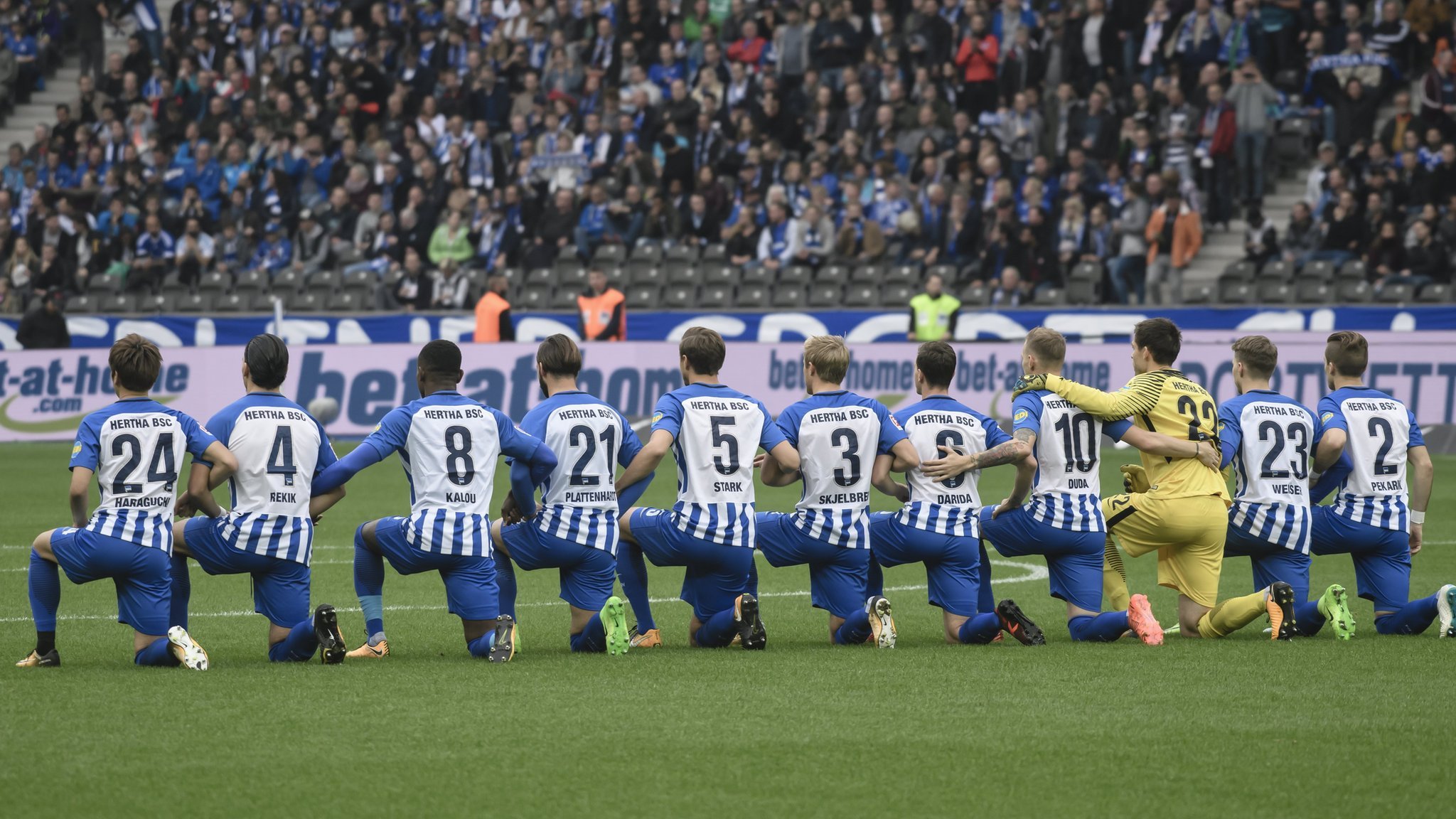