Benni McCarthy loses out on first club trophy as coach

McCarthy watched his Cape Town City side edged out 4-2 on penalties to SuperSport United in the MTN8 final.

The former Porto striker lost out to Eric Tinkler – the man he replaced at Cape Town, now Supersport boss.

The game finished 1-1, with Tinkler’s side going on to lift the first trophy of the South African season.

“I cannot fault my boys because they gave everything, but it was not to be against experienced, well-organised opponents,” McCarthy said.

McCarthy, whose 32 goals for Bafana Bafana is a South African record, was given his first managerial role in June, when Tinkler moved to Pretoria-based SuperSport.

Cape Town took the lead on 23 minutes through Sibusiso Masina, before Thabo Mnyamane was injured when equalising with ten minutes of normal time left.

Mnyamane’s injury left his side with 10 players for the remainder of regular time, plus extra time, as they had used all three substitutes.

But McCarthy’s side could not capitalise on the numerical advantage and the match finished 1-1 at Moses Mabhida Stadium in Durban, before being settled on spot-kicks.

“It was harder than hard to win this trophy,” Tinkler said, after beating the club he managed last season.

“My boys were great. They showed character and resilience. Many were suffering from cramp, but we urged them to keep going.”

The MTN8 is the first of three annual domestic knock-out competitions and involves the best eight finishers from the previous South African league season. 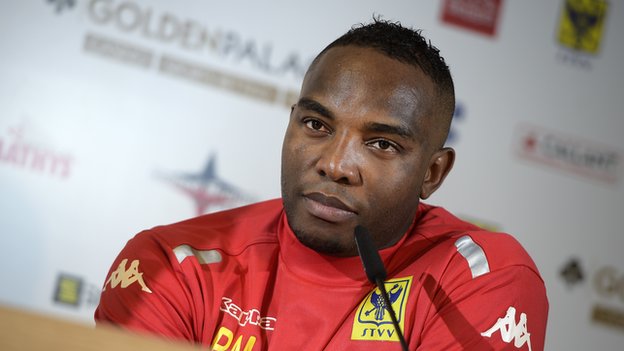