A cargo plane has crashed into the sea off Ivory Coast, shortly after taking off from Abidjan airport, killing four people and injuring six.

The wreckage of the turboprop plane was swept toward a beach where rescuers could be seen treating what appeared to be surviving crewmen.

It is said to have crashed in heavy rain, coming down near Port-Bouët.

Police confirmed the deaths and injuries. According to local news site Ivoire Matin one person was taken into custody. It is unclear if they are a member of the crew.

It appears that the plane was a Ukrainian-made Antonov. 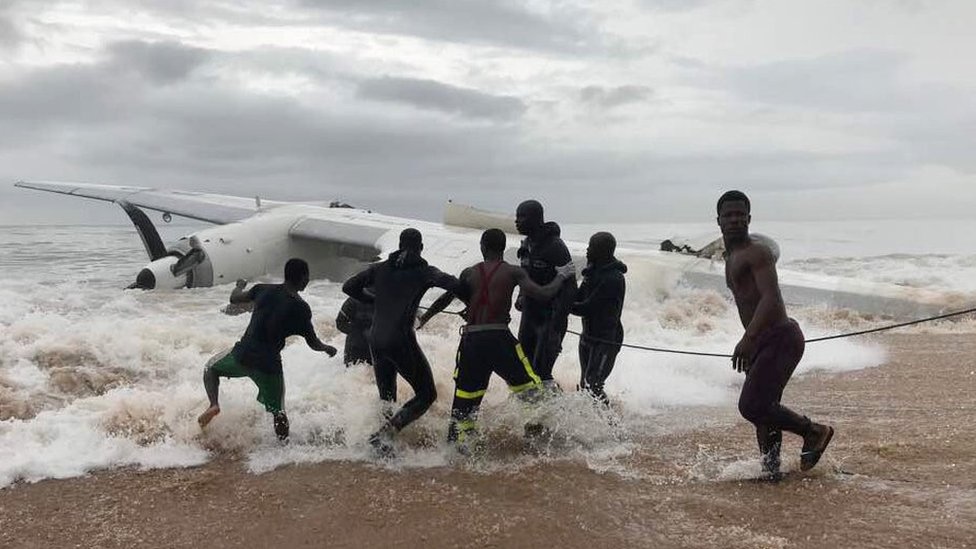