A rescue ship has docked in Sicily with 606 migrants picked up in less than two days off the Libyan coast.

They are from about 20 countries in Africa and the Middle East. Aid group SOS Méditerranée says they include 241 children and 11 pregnant women.

Many of the women from sub-Saharan Africa said they had suffered sexual abuse. Some of the migrants are malnourished, the group reports.

Fifty had fled to Libya from war-torn Syria. But violence also plagues Libya.

The flow of irregular migrants to southern Europe via the Mediterranean is well below the 2016 level. But Italy is struggling to cope, as most migrants now take the perilous central Mediterranean route from Libya.

The Syrians taken aboard the Aquarius rescue ship include entire families and two women in the ninth month of pregnancy.

The ship is now in Palermo, where the migrants face a long screening process, to determine who among them can legitimately claim asylum.

SOS Méditerranée said the proportion of children rescued – about four in every 10 migrants – was the highest to date.

“They are fleeing the chaos, and general climate of insecurity and violence in Libya,” said the aid group’s chairman, Francis Vallat.

The figure for Greece, previously the main entry point to the EU, is 20,931.

Non-profit aid groups – NGOs – complain that EU governments are not properly resourcing the rescue effort, as people-smuggling gangs exploit migrants in Libya. Sexual abuse of female migrants and other assaults are reported to be rife there. 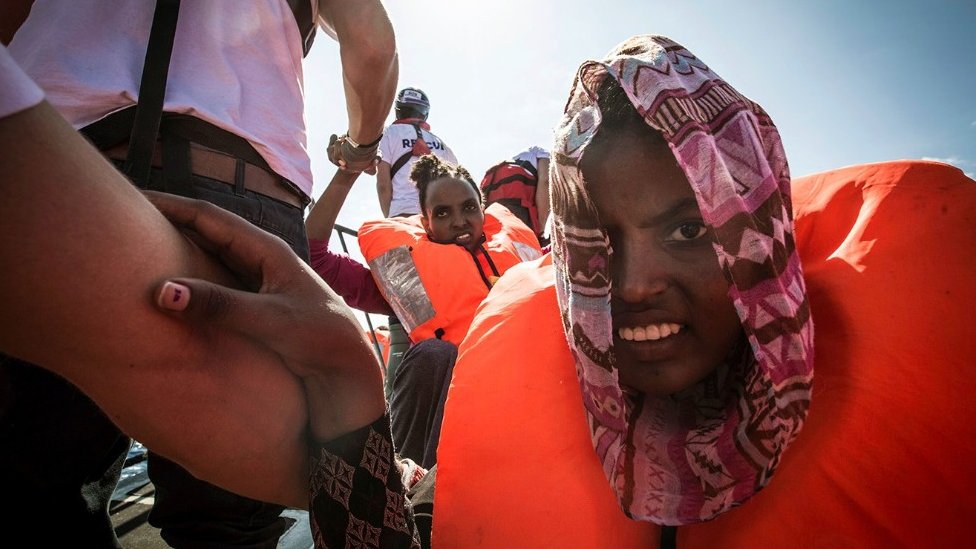