The claim: A dog in the US is more likely to receive radiotherapy than a person in Nigeria.

Last month, Sean Murphy caused a stir on social media. The venture capitalist posted a photo of a dog using a type of radiotherapy machine, and said there were far more treating US pets than Nigerian people.

He said this meant that a dog in Miami was more likely to receive cancer treatment than a woman in Lagos. It didn’t surprise many – but it did outrage them.

But is the claim true? Do US dogs have better access to radiotherapy machines than Nigerian people?

Not every cancer patient needs radiotherapy – there are other forms of treatment, such as chemotherapy. But Mr Murphy’s claim was about access to radiotherapy machines in particular, so let’s stick with those.

The International Atomic Energy Agency keeps a list of radiotherapy facilities around the world. Its Directory of Radiotherapy Centres (Dirac) relies on local reporting. But handily, the latest data on Nigeria was compiled very recently – just last week.

Dirac says a fourth machine is under construction in Abuja, and this will be a linear accelerator.

There are a further eight machines used in planning treatment, such as CT scanners. And Dirac says there is no facility it is aware of for offering brachytherapy – that’s when the radiation is administered through an implant, which is better at treating conditions such as cervical cancer.

It is not clear how many more machines might be available in private hospitals – but the Nation newspaper has argued that these are too expensive for ordinary Nigerians.

According to the World Bank, Nigeria’s population is just under 186 million. Once the fourth machine is completed, there will be a working radiotherapy machine for every 46.5 million people in Nigeria.

Even if the eight machines Nigeria had in 2010 were all working – that would still be just one machine per 23.2 million people.

So how does that compare to American dogs?

We know US pets have access to a larger number of radiotherapy machines than Nigerian people do – in 2010, research by Margaret McEntee and John Farrelly counted at least 76 linear accelerators serving animals across the US.

In fact, a database held by the Veterinary Cancer Society suggests there might be an even higher number in use now.

According to the National Cancer Center, there are 65 million pet dogs in the US.

We should probably add the 32 million pet cats, since they can also use the machines.

That means there’s at least one radiotherapy machine for every 1.28 million cats and dogs in the US.

On the face of it, that’s a lot more favourable than the one machine per 46.5 million people in Nigeria.

But simply comparing the number of machines to population size might not be helpful.

That’s because the pets are more likely to get cancer than people are.

About 12 million cats and dogs get cancer each year in the United States – that means there’s a radiotherapy machine for every 158,000 cats and dogs with cancer.

The World Health Organization’s latest figures say 102,100 people in Nigeria were diagnosed with cancer in 2012. That would be a radiotherapy machine for every 25,500 people with cancer. That’s a lot fewer per machine.

For both US pets and Nigerian people, cost is a barrier to radiotherapy even when there are functioning machines.

Meanwhile, a study at the University College Hospital in Ibadan suggested that eight in 10 Nigerian patients can’t afford radiotherapy without assistance – and it’s not usually covered by state insurance.

We asked the Nigerian government to comment on the shortage of functioning radiotherapy machines but it hasn’t responded to our requests.

At a summit in Abuja earlier this month, Nigeria’s Minister of Health Isaac Adewole said the government was “committed and determined” to tackle cancer in Nigeria. He promised a further “eight to 12 new machines for oncology”, though it was not clear how many of these might be radiotherapy machines.

Access to functioning radiotherapy machines is a big challenge across Africa. With just three machines currently functioning, Nigeria has a particular problem. 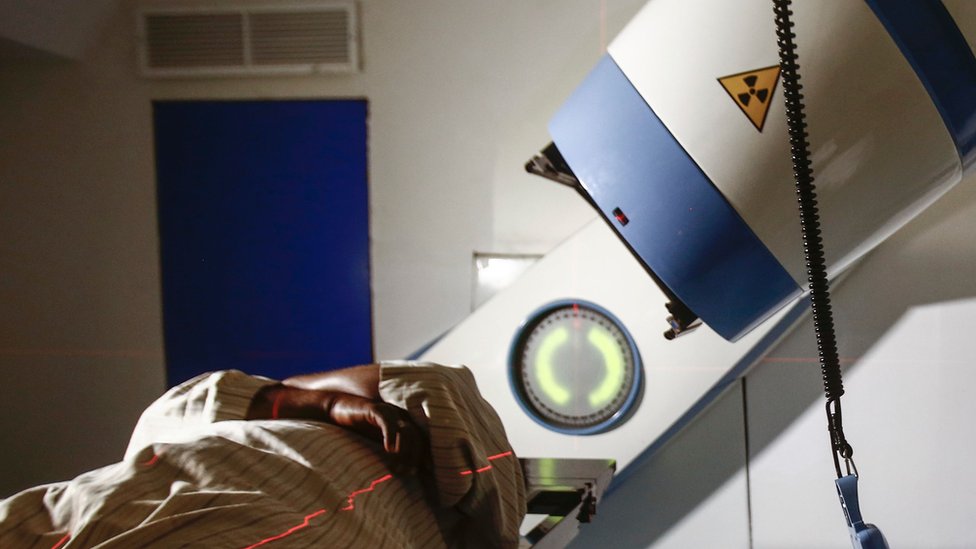 Why Palace are perfect for Ivorian Zaha