Mali booked their place in the Round of 16 at the Fifa Under-17 World Cup after beating New Zealand 3-1 in New Delhi.

The win enabled Mali to finish second behind Group B winners Paraguay, who beat Turkey 3-1 in Mumbai.

The Eaglets took the lead through a fine strike from Salam Jiddou after 18 minutes, with Djemoussa Traore doubling the lead five minutes after half-time.

New Zealand pulled a goal back after 72 minutes but a nervy finish was allayed as Lassana N’Diaye scored Mali’s third.

The goal was also N’Diaye’s third of the tournament.

Mali, who finished runners-up at the 2015 finals in Chile, will meet the Group F runers-up in Goa on Tuesday.

After losing their opening game 3-2 to Paraguay, Mali bounced back with a 3-0 win over Turkey. 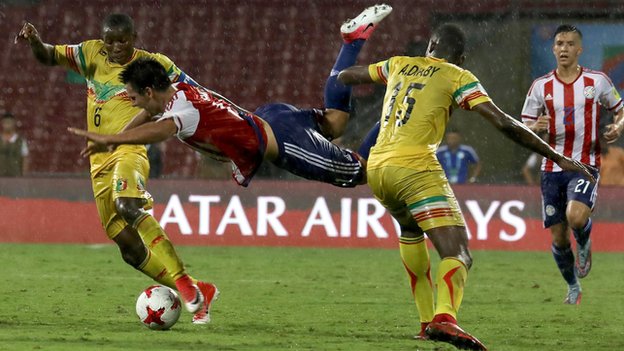 The digital bank – delivering on Africa’s ...