Cameroon striker Vincent Aboubakar has extended his contract with Portuguese side Porto until 2021.

The 25-year-old is Porto’s top scorer this season with eight goals, two of which have come in the Uefa Champions League.

The Cameroonian joined the club in 2014 from French side Lorient, signing a four-year deal, and spent last season on loan with Turkish side Besiktas.

Porto announced they have also acquired all of Aboubakar’s economic rights.

The 2004 European champions previously held 40% of these rights but have now paid Lorient US$8.5m to acquire full ownership.

“The president (Jorge Nuno Pinto da Costa) led this negotiation with the players’ agents and with Lorient,” said Porto financial administrator Fernando Gomes in a statement. “It was not easy at all.”

There has been no change in his release clause, which is still valued at 50m Euros ($59m).

Earlier this year, Aboubakar scored the match-winning goal in the dying minutes of the Africa Cup of Nations final as Cameroon beat Egypt 2-1 in the Gabonese capital Libreville. 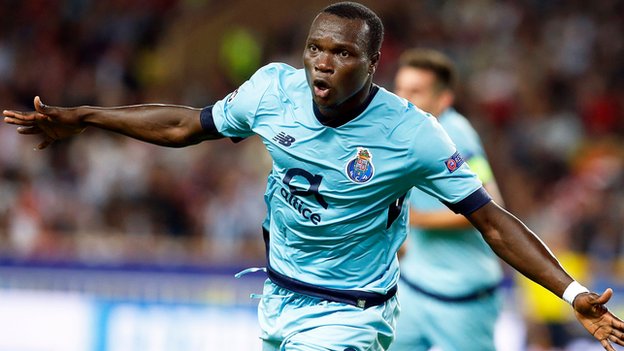