China has a long list of state secrets – how many people it puts to death every year, and even the birthdays of its top leaders. But now, overseas researchers have uncovered another Chinese state secret: how much money Beijing gives in aid to other countries.

Not very long ago, China was a foreign aid recipient. Now, it rivals the United States as one of the world’s largest donors, through traditional development aid or through financial loans.

For the first time, a large group of researchers outside China have compiled a major database detailing virtually all of China’s financial money flow to recipient countries. Citing more than 5,000 projects found across 140 countries, it reveals that China and the US rival each other in terms of how much they offer to other countries.

However, “they spend those budgets in radically different ways. And the different compositions of those portfolios have far-reaching consequences”, explains Brad Parks, the project’s chief researcher.

He heads the AidData research lab at the College of William & Mary in Virginia, which teamed up with other researchers at Harvard University and the University of Heidelberg in Germany to complete the research.

How did they uncover the secret?

The AidData team had to develop its own methodology to answer the questions that weren’t provided by the Chinese government. They tracked money flows from China to recipient countries using news reports, official embassy documents and aid and debt information from China’s counterparts.

Piece by painstaking piece, the information came together to draw a relatively complete picture of where Chinese aid is going and what impact it’s having.

“We think the methodology has revealed the known knowable universe,” Brad Parks says. “If the Chinese government really wants to conceal something, we won’t necessarily pick it up.” But if there are sizeable money transfers going from China to a recipient country, “word is going to get out”, he adds.

How does China hand out money?

One major finding from the study: China and the US, the world’s biggest donor, have handed out similar amounts of money in the years covered in the database, but the countries distribute that money in radically different ways.

The vast majority (93%) of US financial aid fits under the traditional definition of aid that’s agreed upon by all Western industrialised countries. That aid is given with the main goal of developing the economic development and welfare of recipient countries. At least a quarter of that money represents a direct grant, not a loan that needs to be repaid.

In contrast, only a small portion (21%) of the money that China gives to other countries can be considered as traditional aid. And the rest of that money? The “lion’s share” of that money is given in commercial loans that have to be repaid to Beijing with interest.

“China wants to get attractive economic returns on its capital,” Brad Parks explains.

And what does that money achieve?

The team’s other major finding: when China gives out traditional aid, the recipient countries reap impressive economic rewards. For a long period, there were suspicions that Chinese aid projects were only set up to benefit China; infrastructure projects built by imported Chinese workers, for instance, that did little to improve the lives of people on the ground. However, this research shows that China is just as capable of managing development aid projects as Western donors.

Which countries are getting China’s money?

Since 2000, African countries have captured a large slice of the aid and loans given by China.

However, China’s wealth is distributed to points across the globe, from hospitals in Senegal to ports in Pakistan and Sri Lanka. In 2014, the most recent year covered by AidData, Russia topped the recipient list, followed by Pakistan and Nigeria.

In contrast, the US list in 2014 was topped by Iraq and Afghanistan, followed by Pakistan.

Politics plays a big part in how both China and the US decide to spend their money. Earlier studies by the researchers behind AidData show that both Beijing and Washington tend to offer money to countries which support them at the United Nations.

But for China, economics play a key role: the AidData researchers found Beijing is often focused on promoting Chinese exports or market rate loans where China wants to get the loan repaid with interest.

China is often cited as the main source of aid propping up the fragile North Korean economy. But the AidData researchers tracked down just 17 Chinese projects in North Korea over the 14-year period, totalling a measly $210m.

Brad Parks calls North Korea “an informational black hole”, admitting that it’s the only recipient country that truly evaded the researchers. To a large extent, the vast amounts of money and other kinds of aid that China is believed to give North Korea fall outside the global financial system.

Why is China’s money so attractive?

In the 1960s to the 1990s, Western countries offered high-interest market-rate loans to developing countries. However, that strategy misfired when recipient countries could not begin to repay the interest on the debts they had acquired. Outrage ensued and the Western aid model was overhauled.

“There was a shared principle that we should not be offering market-rate loans to developing countries,” Brad Parks says. “And now, here comes China, enter stage left. They’re not part of that coalition. They haven’t been socialised to that principle and they’re very willing and able to provide loans near or at market rate.

“Increasingly, countries that don’t want to go the IMF for a bailout when they’re in trouble, they will go to China instead.”

Will China continue to loan out money?

So far, the data shows that the countries that receive China’s market-rate loans are not suffering economically, but they aren’t experiencing economic growth either. Researchers fear that could change in 10 or 15 years, when countries build up debts because they can’t repay the money they will owe to Beijing. At that point, China might have to rethink things.

“They may very well 10 years from now, or 15 years from now, encounter the same problems that Western donors and creditors encountered when loans are not getting repaid,” Brad Parks explains. “If and when that point of reckoning occurs, then perhaps Beijing will revisit how it structures these loans.”

Already, researchers have uncovered signs that China’s starting to shift its approach to lending, researcher Xiaojun Li from the University of British Columbia says. Increasingly, Beijing is lending through multilateral institutions like the Asian Infrastructure Investment Bank, China’s answer to the World Bank.

Why does it matter if China becomes a big global lender?

There is evidence that China’s no-strings loans have had an effect on the entire global lending system, forcing traditional donors to stop placing so many requirements on receiving countries. Using AidData’s database, economist Diego Hernandez revealed that China’s role as a major lender has boosted competition between traditional donors.

“When an African country is also assisted by China,” he writes, “the World Bank provides fewer conditions attached to its loans”. For every 1% increase in Chinese aid, Hernandez found the World Bank lessened its typical demands for things like market liberalisation or economic transparency by 15%.

Critics have long charged that “rogue aid” from China allows some countries to avoid democratic reforms because they can simply turn to China for aid, dodging the scrutiny of traditional Western donors.

Cambodia is a recent example; independent newspapers and western NGOs have been shuttered, as Cambodian leaders’ strengthening ties with China embolden them to turn away from Washington’s demands to hold fair elections.

Xiaojun Li studied how Chinese aid has changed countries in Africa, arguing that democratic reforms have slowed as the developing countries concluded they could bypass the political demands of Western donors by turning to Chinese aid.

“Traditional donors have criticised China’s approach to aid,” he says, but “many African countries embrace the assistance from Beijing, or at least are glad to have more options”. 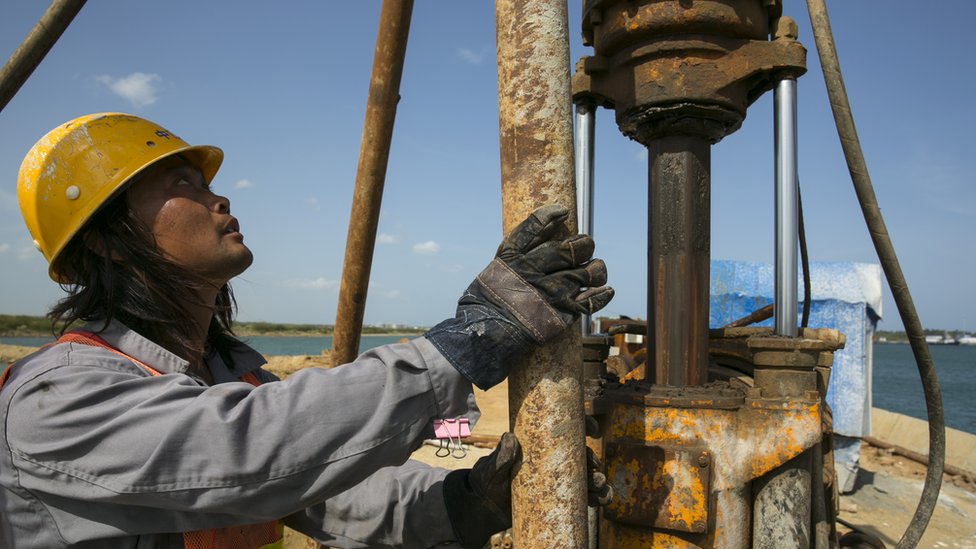 Five arrested in Delhi over assault on ...