South African keeper up for goal of year

The 31-year-old’s effort has been shortlisted along with those by Venezuela’s Deyna Castellanos and South African keeper Oscarine Masuluke.

The winner of the goal of the year will be announced in London on 23 October.

The France forward’s strike, which put Arsenal ahead in their 2-0 win on New Year’s Day, was labelled a “great” goal by his manager Arsene Wenger.

Alexis Sanchez’s cross was slightly behind Giroud, but he flicked at the ball with his left foot, looping it over his head and in off the underside of the bar.

Castellanos’ goal was a cheeky lob from the halfway line against Cameroon at the Under-17 Women’s World Cup, while Masuluke was a last-minute bicycle kick equaliser for Baroka against Orlando Pirates in the Absa Premiership.

The winner of the Puskas Award – along with the other prizes – will be decided by a jury of club and international coaches, media representatives and fans, with the winners revealed at the London Palladium.

Fifa, football’s world governing body, is running its awards for the second year since ending its association with France Football’s Ballon d’Or in September 2016. 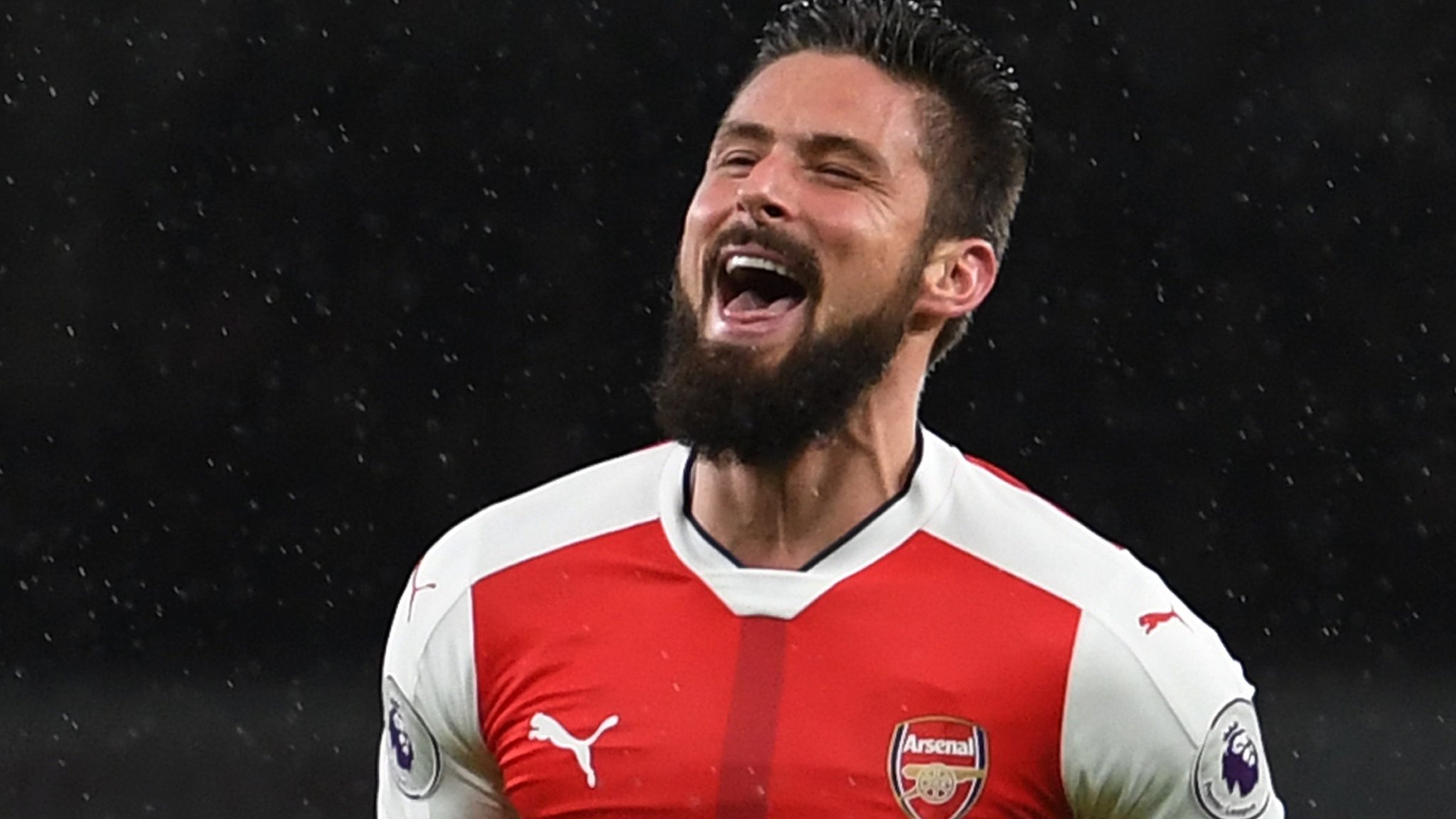 Kick It Out says reports of discrimination ...