Reported incidents of discrimination at English professional football matches have risen by 53% in a year, according to equality organisation Kick It Out.

There were 197 instances on social media, 194 in the professional game and 78 at grassroots level.

More than half of those in professional football were in the Premier League and a third in the English Football League.

Roisin Wood, chief executive of Kick It Out, said the statistics “indicate discrimination is still prevalent”.

There were a total of 469 cases of discrimination in all areas of English football last term, an increase of 16.7%. This includes social media, professional football and at grassroots level.

The vast majority of reports in the professional game involved fans, but in 12 cases the participants were players, managers or club staff.

“It is a timely reminder that there is still significant work to be done to ensure all participants can feel safe and included in the sport,” said Wood.

“Whilst the statistics show a large proportion of reporting taking place within the professional game, Kick It Out is aware of the vast scale of under-reporting within the grassroots game.

“This is one of a number of challenges the football authorities must tackle going forward.”

A spokesman from the Premier League said: “Premier League clubs work hard to make stadiums safe and welcoming environments and have supported the development of Kick It Out’s discreet reporting App that encourages fans to report any unacceptable behaviour that occurs on a match day.

“We will continue to work with stakeholders across football to promote equality and diversity at all levels of the sport, and to encourage supporters to feel confident they can safely report incidents to clubs, Kick It Out, or the Premier League.”

A statement from the EFL read: “Whilst any increase in reported incidents has to be acknowledged and assessed, we believe the success of the Kick it Out service, which includes the use of the reporting app, is having a positive impact as more and more people are becoming confident in detailing discriminatory behaviour.

“It is imperative that football is unified in creating a safe and welcoming environment and the EFL will continue to work closely with Kick It Out in a collective attempt to identify and eradicate discriminatory behaviour from the game.”

Kick It Out defines the professional game as covering all Premier League, EFL and non-league clubs and leagues down to step four of the National League system.

Meanwhile, a survey by the Football Supporters’ Federation has found that a quarter of fans had witnessed or suffered sexist language, while homophobic (23%) and racist (22%) language had also been heard by supporters.

However, 56% of the 8,500 respondents were confident that any report of discrimination would be dealt with appropriately by the authorities.

Paul Elliott, the new chairman of the Football Association’s Inclusion Advisory Board, and a founding member of Kick It Out, told BBC Sport: “I see the upside in these figures because it shows people are speaking out and not staying silent.

“Back when the game was at its ugliest, and I was on the receiving end of racial abuse from fans and sometimes even other players, people didn’t have faith in the system.

“We have come a long way, thanks to more robust procedures, the excellent work of Kick It Out, and more education and experience. But I want to encourage more reporting, because that is ultimately how we tackle this. Speak up, speak up, speak up.”

The issue of discrimination in the sport has been highlighted by a newly released film, Forbidden Games: The Justin Fashanu Story, telling the story of British football’s first openly gay footballer, and the racist and homophobic abuse he suffered from the terraces before killing himself in 1998.

“I played against Justin, and I welcome the film because it demonstrates his journey. I have such a sadness about what he had to endure, but out of that has come so much good,” said Elliott.

“It has brought those issues into the domain, but it’s equally important to attack it with the same vigour.

“We have to create the right setting, and that means zero tolerance. The game has got a duty of care to ensure people can come out and ply their trade without fear. We’re not there yet, we’re in the process and in a good place, but we have to go to the next step.”

In a statement, the FA told BBC Sport: “Football is for all and there has been consistent encouragement from many areas of the game around the reporting of abuse witnessed or experienced.

“There are now more ways than ever before to report discrimination and the increase in reports reflects this. It’s a crucial area for the game to tackle and to remain vigilant about.”

Kick It Out, which receives about £650,000 annual core funding from the FA, Premier League and Football League, and has 14 full-time staff, is preparing to mark its 25th anniversary.

Earlier this year it launched a campaign to tackle homophobic abuse at football grounds after a steady increase in reports of abuse related to sexual orientation in recent seasons.

In September, Kick It Out urged Manchester United to stop fans singing an allegedly racist chant about striker Romelu Lukaku. The club said they would liaise with the organisation on the matter. 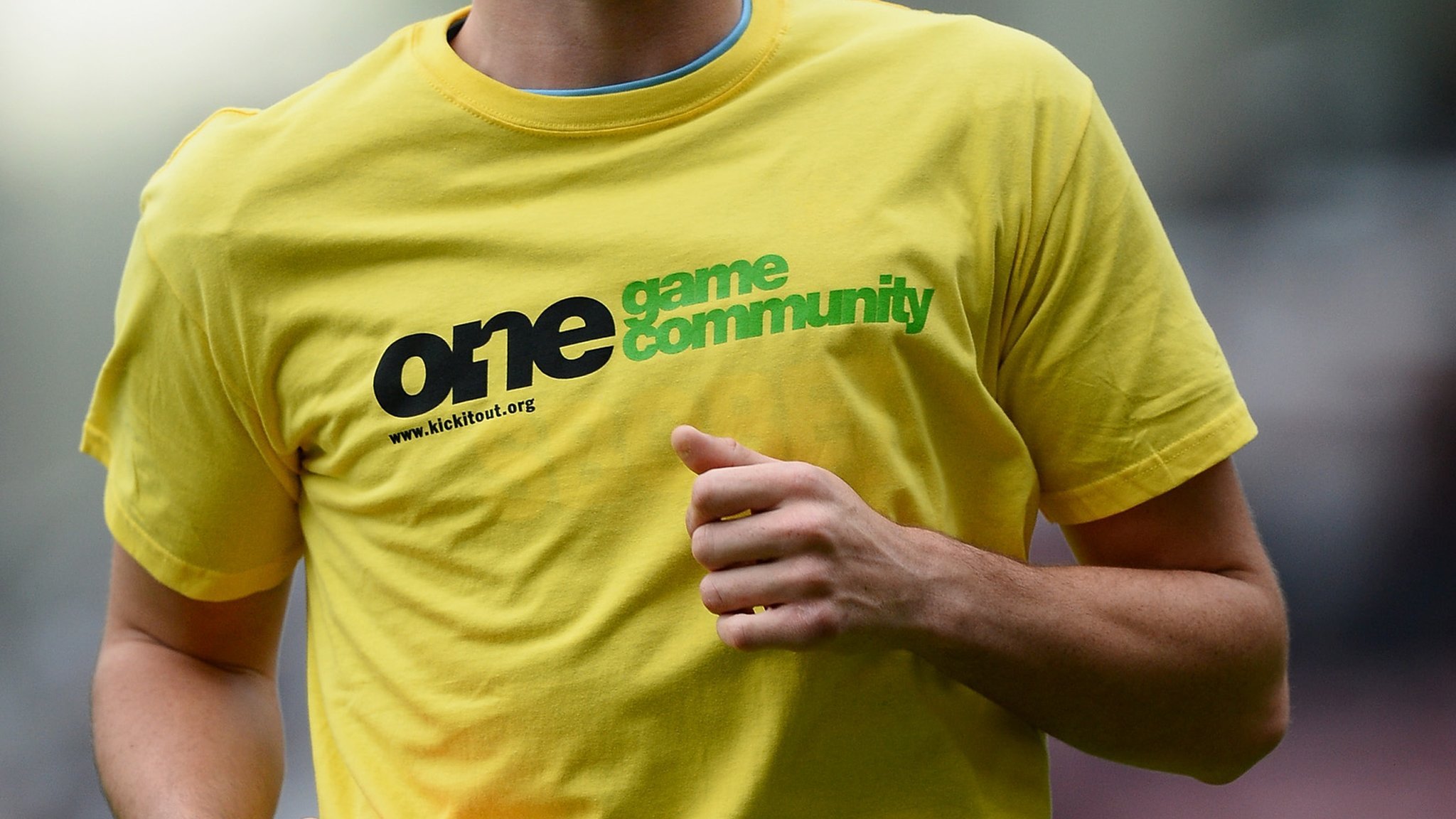 Liberia set to vote in poll to ...

South African keeper up for goal of ...