More than 100 hippos have been found dead in a Namibian national park, with authorities suspecting anthrax could be to blame.

The animals are believed to have all died in the last week in the remote Bwabwata National Park, in the country’s north-east.

One ministry official said Namibia had never seen anything like this before.

Anthrax is a deadly bacterial disease which is known to kill game, cattle, and sometimes humans.

Pictures from the area show dozens of dead hippos – some on their backs – lying in rivers with low water levels.

Colgar Sikopo, director of parks and wildlife management at Namibia’s Ministry for the Environment and Tourism, told the New Era newspaper previous outbreaks in Namibia had only killed a couple of hippos and elephants.

“This is a situation that we have seen before,” he said, explaining outbreaks like this “mainly occurs when the level of the river is so low”.

Namibia’s environment minister Pohamba Shifeta told news agency AFP that the country’s veterinary services were working on establishing the exact cause. He warned that the exact death toll could be higher due to the possibility that crocodiles may have eaten some of the carcasses.

Anthrax is caused by Bacillus anthracis and can be deadly – but usually it does not spread easily.

It largely survives as spores that hide away in soil for years before entering an animal through a cut or wound.

A previous outbreak in Uganda in 2004 left at least 180 hippos dead, while last year more than 2,300 reindeer died after being infected with anthrax during a heatwave in Siberia.

A child also died in the Siberian outbreak. Traditionally the people most at risk have been those who handle dead animals, such as abattoir workers.

Anthrax can be treated with antibiotics but treatment needs to start soon after infection. 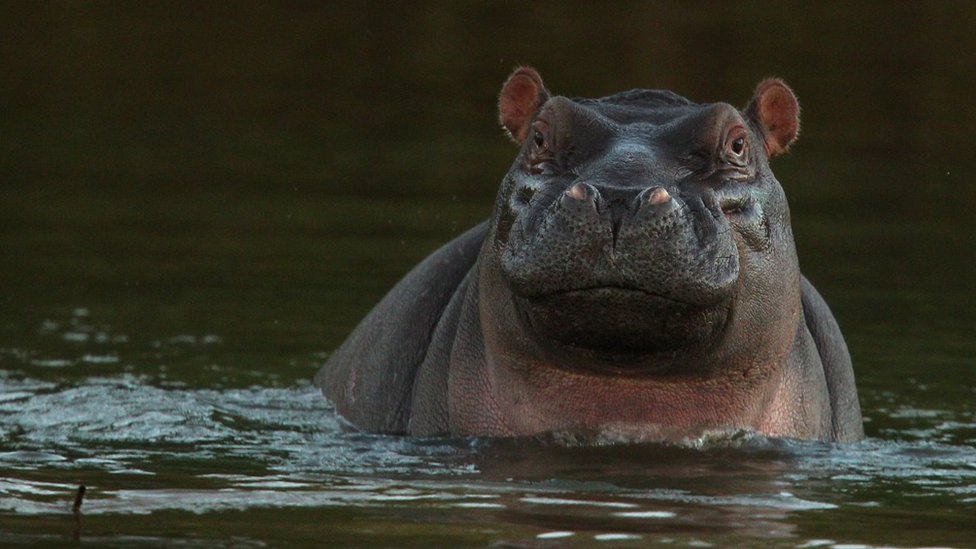