Egypt’s football fans have been celebrating euphorically following the country’s qualification for next year’s World Cup in Russia.

Egypt’s thrilling 2-1 victory over Congo on Sunday meant the team qualified for the first time in over a quarter of a century.

It has sparked several viral expressions of joy and patriotism on social media, especially on Twitter where it has been mentioned thousands of times.

Several top trending hashtags are related to the game, including “Dream of 90 million [Egyptians]” and “Egypt to the World Cup”.

Some popular posts were of the emotional reactions of family and friends, which have touched others in turn.

A video of Ashraf Eldib’s celebration, posted by his daughter, has been retweeted more than 20,000 times and attracted a host of comments.

“I swear there’s nothing more dramatic than an Egyptian,” said one. To others, however, he was “Every massri [Egyptian] dad.”

But it was the team’s forward, Mohamed Salah, who gained the lion’s share of praise as he scored the team’s two goals.

“We thank you, Mohamed Salah, for your dedication and loyalty throughout the 90 minutes, you hero,” said well-known actor Nabil al-Halafawy.

For others, qualification was a boost for national pride.

Team member Saad Samir also tweeted pictures with his colleagues, saying: “Congratulations. Finally, Egypt is in the World Cup. Egyptian people deserve this happiness. Proud to be part of this generation.” 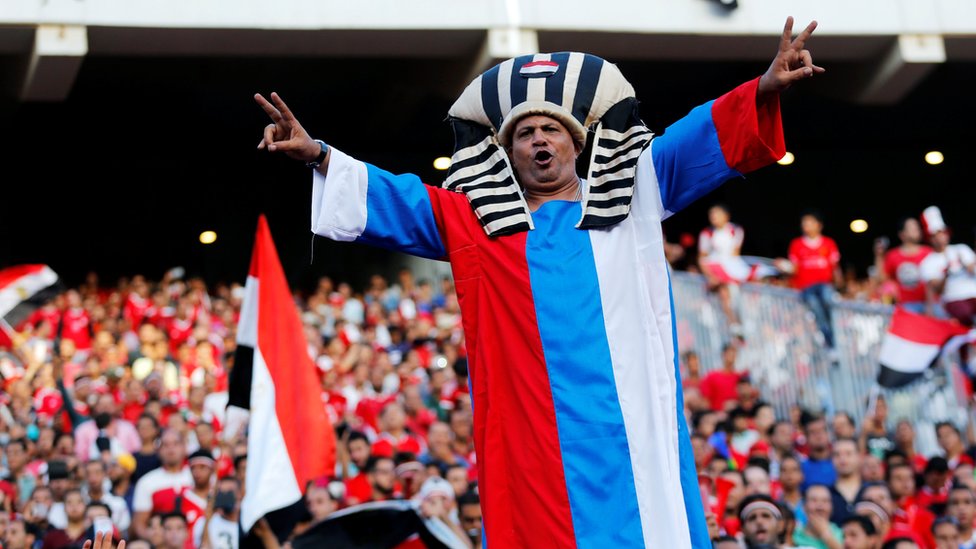