The blasts sent a giant fireball into the sky and forced residents to flee the Atomic Junction area, in the north-east of the city, officials say.

One person was confirmed killed, but there are fears that the death toll could rise further.

The blaze in the suburb of Legon was later brought under control, reports say. 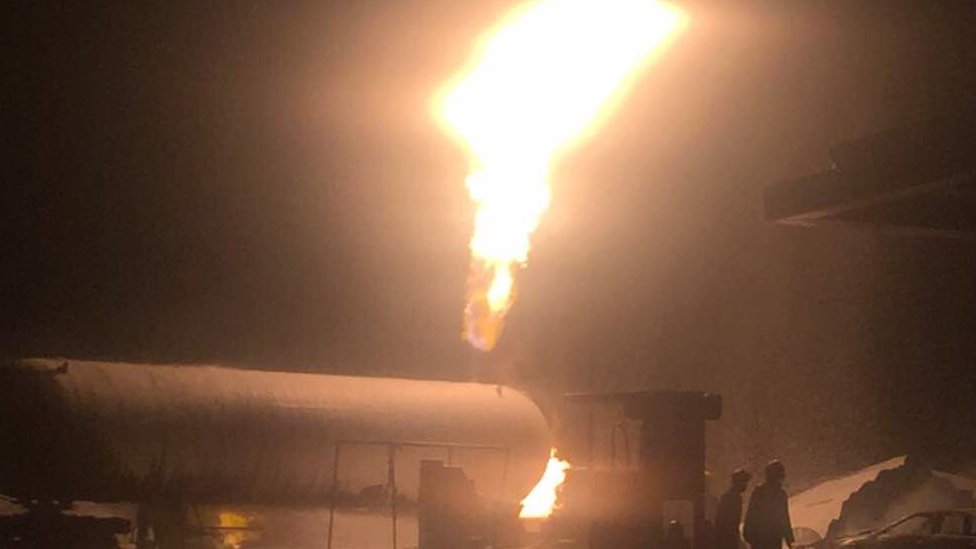 Inside the ruins of one of Africa’s ...