Coach Stuart Baxter believes South Africa can sneak into the World Cup “through the back door” after reviving their hopes with a 3-1 home win over Burkina Faso on Saturday.

Bafana Bafana are bottom of Group D but can move top if they beat Senegal home and away in their remaining two ties.

“If we knock Senegal over here, we’ll take it to the wire,” said Baxter.

“We are the ones now that can maybe sneak in through the back door. They have the pressure on them, they don’t want to throw it away.

“I will tell my players: ‘Take that last chance, be as focused as you were today, make up for any losses, don’t think about that as a negative but think about the chance you have to be a hero’. We will take every chance.”

Unlike all other African teams in World Cup qualifying, South Africa and Senegal have two games left after Fifa annulled Bafana Bafana’s 2-1 victory over the latter after finding the referee guilty of match manipulation.

Controversy reappeared after just 48 seconds on Saturday when Percy Tau’s goal was awarded despite the absence of goal-line technology or conclusive television evidence that the whole of the ball crossed the line.

Themba Zwane and Sibusiso Vilakazi scored the other two goals against Burkina Faso as Bafana sped into a 3-0 half-time lead.

Alain Traore grabbed a late consolation for the Burkinabe, who had topped Group D before the start of play, at Johannesburg’s Soccer City.

The result came as a relief for South Africa after the embarrassment of a double defeat by tiny Cape Verde in two qualifiers in September.

Baxter and his players had come in for heavy criticism after the losses put a major dent in their World Cup hopes.

“We were trying to put that right with a knife at our throats. In those circumstances, playing this well deserves praise rather than waving a warning flag.

“There will be plenty of time for that over the next couple of week. At the moment I’m just proud of the players, proud of their attitude.

“We spoke about being 24-hour professionals. They will continue to be as professional as possible now and we’ll continue in our preparations to take every chance we can.

“That will be concentrating on what we are doing and not everything that is being said about us.”

Senegal lead the group standings with eight points, two more than both Burkina Faso and Cape Verde and four more than South Africa.

The West Africans need just two points from their last two matches against Bafana Bafana to reach the World Cup for only the second time – having reached the quarter-finals on their first appearance in 2002. 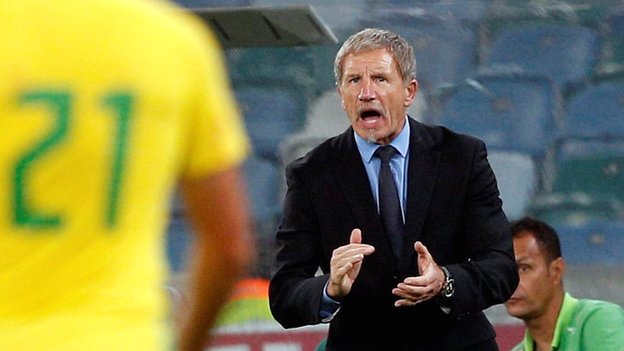