Percy Tau gave the hosts an early lead, Themba Zwane doubled the tally after half an hour before Sibusiso Vilakazi’s strike made it 3-0 shortly before half-time.

Bongani Zungu was shown a straight red card in the 69th minute for violent conduct, following a scuffle.

Burkina Faso’s Alain Traore was lucky to stay on the pitch after television replays showed he elbowed Zungu.

South Africa’s pace and control dropped after the incident as Traore produced a superb free-kick towards the end to beat Itumeleng Khune to make it 3-1.

The win gives Stuart Baxter’s side a chance to fight for the group’s sole ticket as they could still finish top if they win their remaining two matches. 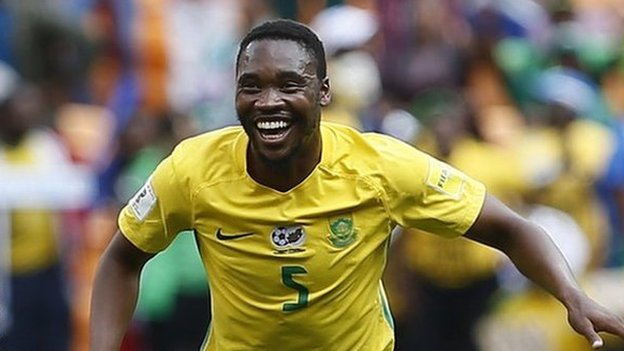 Madagascar plague: WHO in huge release of ...