Zimbabwe’s First Lady Grace Mugabe has warned of a possible coup plot amid growing tensions in the fight to succeed her husband.

She says allies of Vice-President Emmerson Mnangagwa are threatening the lives of those who don’t support him to replace President Robert Mugabe, 93.

Mrs Mugabe herself and Mr Mnangagwa are the front-runners and their rivalry has split the governing Zanu-PF.

The row comes after Mr Mnangagwa claimed that he was poisoned in August.

His supporters have suggested that rivals within Zanu-PF were responsible, although Mr Mnangagwa has distanced himself from such claims.

He has told state media that he remains loyal to President Mugabe.

An angry Grace Mugabe departed from a prepared speech at an event in Harare to attack Mr Mnangagwa.

“We are being threatened night and day that if a particular person does not become president we will be killed,” she said.

“We will not bow to that pressure. They say there will be a coup, but no-one will recognise you. The African Union will not recognise you, the SADC [Southern African Development Community] will not.”

Mr Mnangagwa fell ill at a political rally led by President Mugabe in August and had to be airlifted to South Africa for treatment.

His supporters suggested a rival group within Zanu-PF had poisoned him and appeared to blame ice cream from Mrs Mugabe’s dairy firm.

But on Thursday, Mrs Mugabe dismissed the suggestions.

She said: “Why would my dairy business prepare a single poisoned ice cream cup just for him? Why would I want to kill him? I am the wife of the president. Who is Mnangagwa, who is he? What do I want from him?”

Addressing reporters earlier, Mr Mnangagwa said that while doctors had confirmed that he was poisoned, it was “false and malicious” to suggest that it was at the hands of the first lady.

And in his characteristic fashion, President Mugabe has stayed out of the factional fights, refusing to take sides – publicly at least.

It is his wife, Grace Mugabe, who has taken the lead in voicing concerns about the vice-president.

Even though she doesn’t officially speak for the president, her candid utterances reflect the anxiety within the first family over the vice-president’s influence.

Mr Mnangagwa, who has worked with President Mugabe for more than 40 years, has been influential in previous election victories. It is inconceivable that President Mugabe would want to sack such a key figure ahead of elections next year.

But as Zimbabweans are seeing, in Zanu-PF politics anything is possible and no position is guaranteed.

Mr Mnangagwa pledged unflinching loyalty to the party and to the president.

Earlier this week, Zimbabwe’s other vice-president, Phelekezela Mphoko, publicly reprimanded Mr Mnangagwa, accusing him of trying to “destabilise” the country.

Mr Mphoko said doctors had confirmed to the president that stale food and not poison was to blame.

He said there was an agenda to “undermine the authority” of the president and fuel tensions within the party. 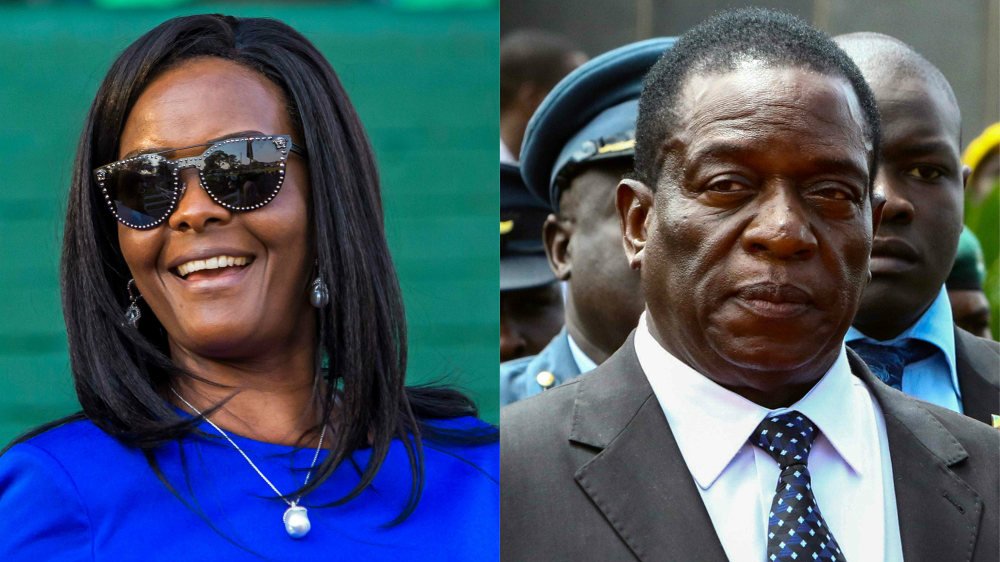 What’s Up Africa: Are supermarkets or African ...

Where ‘spirits’ come to life