President Uhuru Kenyatta has ordered an investigation into a fire that swept through Kenya’s largest open-air market and carried on burning for eight hours, destroying goods worth thousands of dollars.

Devolution Minister Mwangi Kiunjuri says the fire at the market on Friday morning, one of several in the past five years, could be the result of arson.

The BBC’s Ferdinand Omondi in Nairobi says Gikomba is one of the largest open-air markers in East Africa, and it specialises in second-hand clothes from the West, which would be otherwise unaffordable to the ordinary Kenyan.

Our reporter says the city’s fire department fought for hours to bring the fire under control in the confined spaces between the crammed stalls.

Firefighters were also reportedly hindered by congestion and bad roads in the market.

Local media also say city authorities appealed to private operators of fire engines to assist in putting out the fire.

The traders now want their wooden and corrugated-iron stalls replaced with more permanent structures to help to prevent future fires.

They also want a fire station built close by. 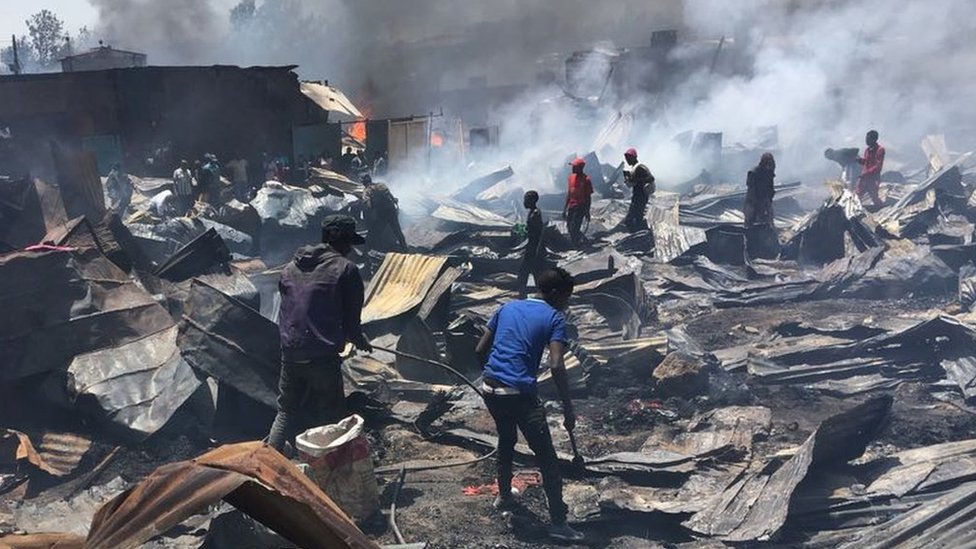