Nigerian striker Stephen Odey,19, has been cleared by Fifa to sign for Swiss club FC Zurich.

He has signed from Nigerian side MFM FC Lagos on a four year deal.

He has been training with the club as he waited for international clearance, because his transfer registration failed to beat the August 31 deadline.

“Stephen has proven himself as a goal scorer and a national player at the age of 19,” FC Zurich’s sporting director Thomas Bickel said.

“We are glad that he wants to take the next step with us.”

The news comes after football’s world governing body, Fifa, ruled that Portugal’s Adrien Silva could not complete his move from Sporting Lisbon to Leicester City as his paperwork was submitted 14 seconds late.

Odey was MFM FC’s top scorer in the 2016 Nigerian league season with nine he followed that up with 18 last season to emerge as the league’s second-highest scorer.

His impressive form caught the eyes of Nigeria manager Gernot Rohr and he swiftly made his international debut for the Super Eagles as a late substitute in the 3-0 friendly win over Togo in Paris in June. 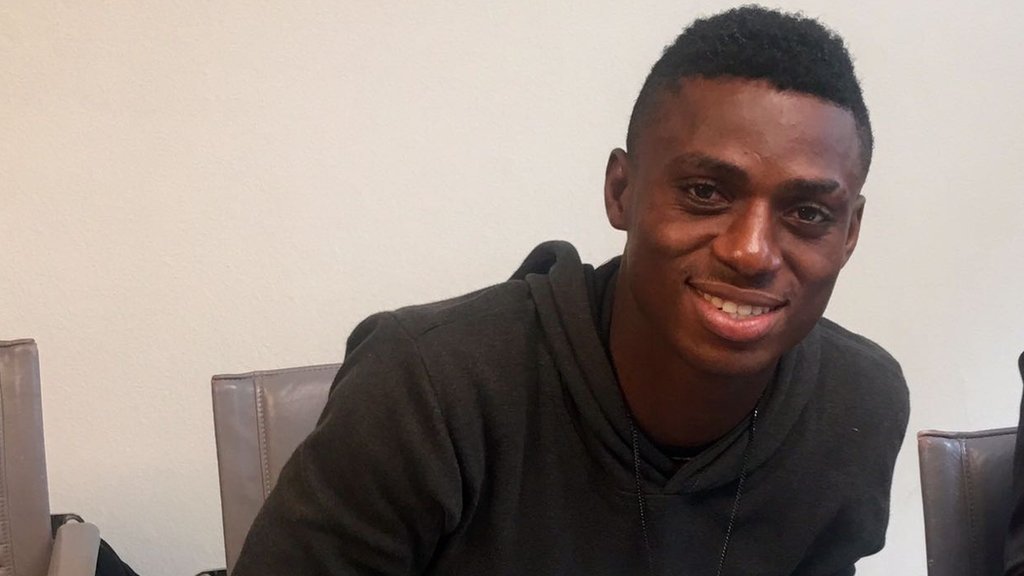