Once again Mali head to the Under-17 World Cup as the African champions after victory at the continental event in Gabon in May.

They are joined at the finals in India, which runs from 6 to 28 October, by runners-up Ghana and losing semi-finalists Guinea and Niger.

However Nigeria, who have won the last two titles and are the most successful side in the history of the event with five wins and three runners-up medals, are the notable absentee.

African champions Mali are hoping to follow in the footsteps of Nigeria and Ghana by winning the Under-17 World Cup.

They became the first side to retain their continental title after beating Ghana 1-0 in the final in Gabon to earn a ticket for the finals.

Mali, who lost to Nigeria in the final two years ago, are in Group B with Paraguay, Turkey and New Zealand.

Togolese coach Jonas Komla, who succeeded Baye Bah, is cautiously optimistic his boys can go a step further in India

“[We want] To do the continent justice, because we will be representing Africa and then Mali. We’ve reached the World Cup final before and we want to improve on that,” he said.

After meeting South Americans Paraguay in their Group B opener on Friday, Mali will tackle European semi-finalists Turkey before the final group fixture against New Zealand.

Goalkeeper Youssouf Koita provided safety at the back in Gabon, but they will be looking to forward Hadji Drame, who scored three times in Gabon, for the goals to help them achieve success.

Runners-up at the African championship behind Mali, the Black Starlets qualified for their ninth Under-17 World Cup in straightforward fashion.

They easily beat Cameroon and hosts Gabon before securing a 0-0 draw against Guinea in the final group game to seal a place in India.

The West Africans produced another 0-0 with Niger in the semi-finals, winning on penalties to reach the final, where they lost 1-0 to Mali.

Former Asante Kotoko and Accra Hearts of Oak coach Paa Kwesi Fabin knows a return to the world stage for the 1991 and 1995 under-17 champions – after a ten-year absence – comes with huge expectations.

“We’ve been handed a very tough group. We’re up against the sort of sides who need no introduction, but we’re ready.”

The Black Starlets scored nine goals in Gabon with Eric Ayiah getting four of those while Aminu Mohammed, who has been linked with Manchester City, provides further threat up front.

They qualified for India courtesy of a third-place finish at the Under-17 Africa Cup of Nations as they beat Niger 3-1 in the play-off.

They have been drawn in a tough Group C, where they will open the competition against Iran, then face Costa Rica before taking on European powerhouse Germany in their third game.

Coach Souleymane Camara, who is just 30-years-old, is a former international player and combines his role as manager of Guinean first division side Satellite FC.

He believes his players, some of who have experience in the reserves at French clubs Paris St-Germain, Lyon and Marseille, can deliver in India.

“I hope we can do better than a couple of years ago,” he told the Fifa website.

“We need to work hard if we’re going to do that because it’s a big step-up in class from the Africa Cup of Nations to the World Cup.

“Personally, I see myself as an ambitious coach who’s always looking to get good results.”

All eyes will be on Djibril Fandje Toure, who finished as top scorer with six goals to win the golden boot at the 2017 Under-17 Africa Cup of Nations.

The Junior Menas qualified for their maiden appearance at the Under-17 World Cup after finishing fourth at the African championship in May.

Back in 2016, Niger stunned their more illustrious neighbours and the world’s most successful national under-17 side Nigeria 3-2 on aggregate – to reach the continental championship in Gabon.

The Nigeriens struggled against Africa’s finest, drawing 2-2 with Angola in their opening group match before losing 1-0 to Mali.

That left them needing to beat Tanzania to advance to the semi-finals, a task they achieved thanks to Ibrahim Boubacar Marou’s lone goal.

Beaten 6-5 on penalties by Ghana after a goalless semi-final, Niger then lost 3-1 to Guinea in the third place playoff.

“The qualifiers were tough for us,” recalled coach Soumaila Tiemogo to the Fifa website.

“That [win over Nigeria] turned a few heads in Africa and earned us some attention.

“We backed that up at the finals, where we faced Mali, the runners-up at the last world finals, in the group phase. Our young players still managed to qualify and they deserved to do so too. We’ve come a long way.”

Yet an upbeat coach Tiemogo, who is a former national team captain, insists they are not travelling to India as tourists.

“Maybe we can’t work miracles, but we can do our best.”

The tiny West African nation will be looking to Ibrahim Marou and Abdoul Karim Sanda to provide firepower upfront – both scored two goals apiece in Gabon. 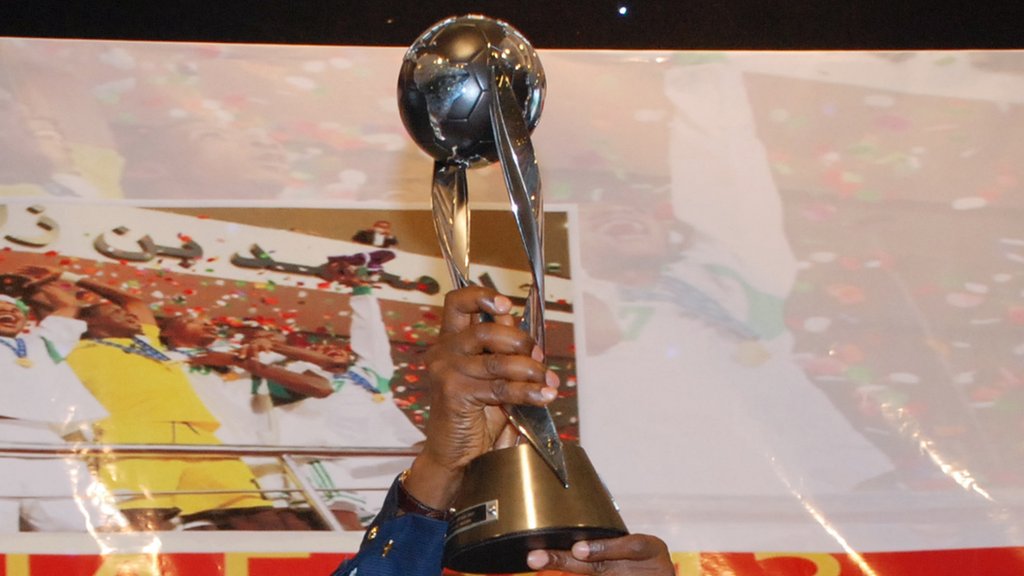 UNESCO must Rally to Improve Education for ...