The Dutch defence minister has resigned over the deaths of two soldiers during a training exercise in Mali in 2016.

Jeanine Hennis-Plasschaert stepped down after a report denounced “serious shortcomings” by her ministry.

The soldiers died when a mortar grenade exploded unexpectedly during target practice. A third was gravely injured.

The Dutch Safety Board said last week that the military had been using old, defective grenades that had not been tested or stored correctly.

In its report, it said the shells had been bought in 2006 “with the help of the US Department of Defence amid a pressure of time”. The defence ministry did not follow its own procedures to check they were safe.

“I am politically responsible and am taking that responsibility,” Ms Hennis-Plasschaert told the lower house of parliament in The Hague on Tuesday.

She had been expected to play a key role in Prime Minister Mark Rutte’s new government.

They pair had come under increasing pressure over the deaths of Kevin Roggeveld, 24, and Henry Hoving, 29, in Kidal, in north-west Mal in July last year.

The men were serving as part of the UN peacekeeping mission in Mali – described as the most dangerous in the world.

The country’s security has gradually worsened since 2013, when French forces repelled allied Islamist and Tuareg rebel fighters who held much of the north, including Timbuktu.

The UN says attacks by militant Islamists against government forces, UN peacekeepers and French troops have dramatically increased in recent months. There were 75 attacks between June and September – double the total of the previous four months. Malian troops suffered the heaviest casualties.

The Dutch contingent is mostly involved in reconnaissance missions, police training and intelligence, according to the Netherlands defence ministry. 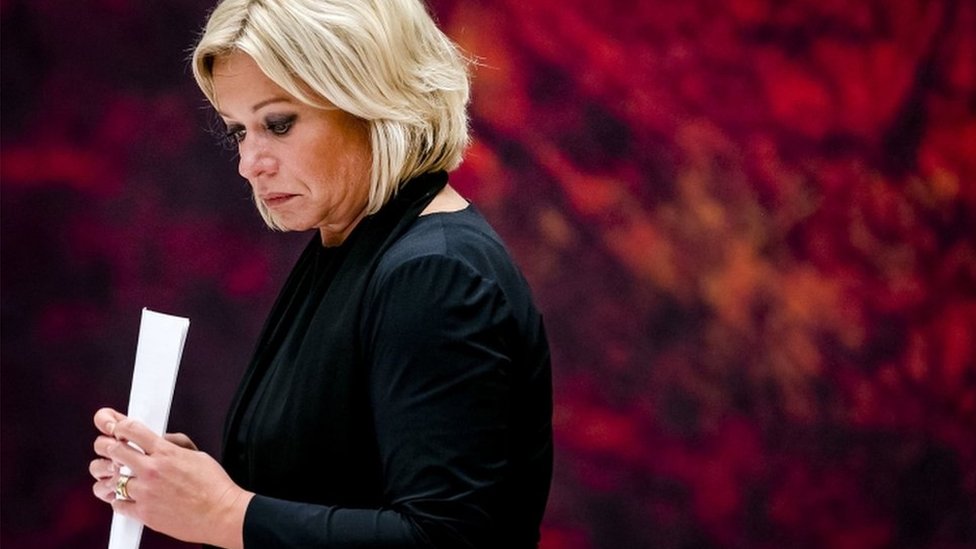