A Zimbabwean journalist has been detained over a story alleging that used underwear had been distributed to ruling Zanu-PF supporters on First Lady Grace Mugabe’s behalf, his lawyers say.

There has been no official comment on Mr Nyangani’s arrest.

It was unclear clear whether the complainant was the MP or the first lady, NewsDay reported.

Police in the eastern city of Mutare detained Mr Nyangani on Monday evening for “allegedly writing and publishing a story over the donation of some used undergarments” by President Robert Mugabe’s wife, Zimbabwe Lawyers for Human Rights said in a statement.

The privately-owned newspaper had earlier reported that Mr Mupfumi had handed out clothes at the weekend to Zanu-PF supporters in the Mutare area.

“I met the First Lady Grace Mugabe and I was given these clothes so that I can give you. I have briefs for you and I am told that most of your briefs are not in good shape, please come and collect your allocations today,” Mr Mupfumi was quoted as saying.

“We have night dresses, sandals and clothes, come and take, this is from your First Lady Grace Mugabe,” he added.

It says such items include used underwear from Western countries which is chiefly imported from Mozambique.

Mrs Mugabe, the president’s second wife, attracted widespread media attention in August when she was accused of attacking a model at a hotel in South Africa where her sons were staying.

She has denied any wrongdoing. 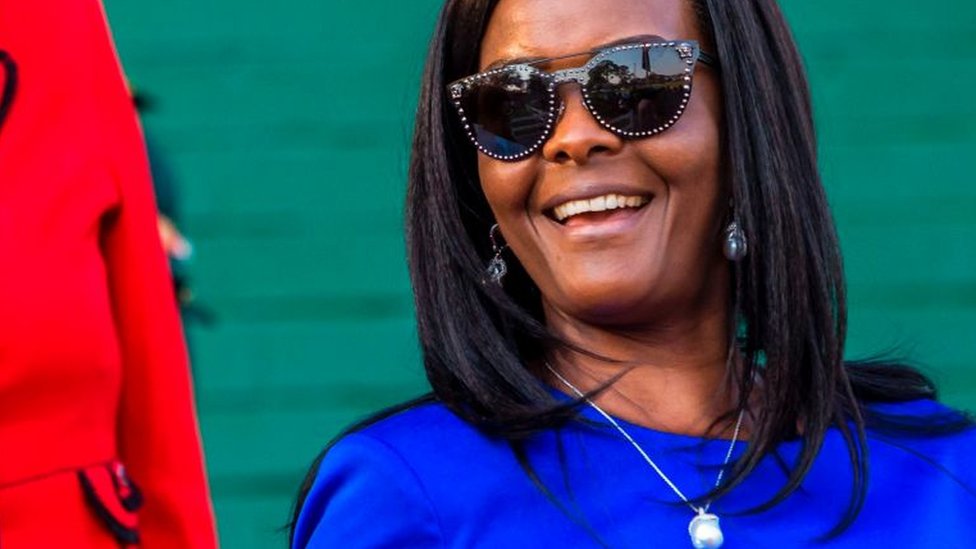