Mr Kyagulanyi, popularly known as Bobi Wine, said he was targeted for opposing the ruling party’s plan to scrap the presidential age limit.

Mr Kyagulanyi and MP Allan Ssewanyana said their homes shook and windows were shattered by the explosions.

“Flash grenades at opposition MPs’ homes could be own scare tactics to frame government,” Ofwono Opondo was quoted by the state-allied New Vision newspaper. “There is no record or history of this NRM government killing political opposition,” he added.

Mr Kyagulanyi said he had received death threats on a daily basis because of his opposition to the removal of the presidential age limit.

He would not be intimidated by the “cowardly” attacks, he said

“Thankfully no-one is hurt. But what kind of country are we now living in?” he added in a Facebook post.

Mr Ssewanyana said the attacks took place in the early hours of Tuesday.

Last week, an explosive device was thrown into the property of another opposition MP, Moses Kasibante.

The MPs have been at the forefront of a fierce campaign against a motion currently before parliament that seeks to scrap the presidential age limit of 75 – a move that could allow President Yoweri Museveni to stand for re-election in 2021.

Chaotic scenes broke out in parliament last week as MPs openly brawled during a debate over the motion.

His critics accuse him of presiding over an authoritarian regime, but his supporters say he has guaranteed stability in the East African state. 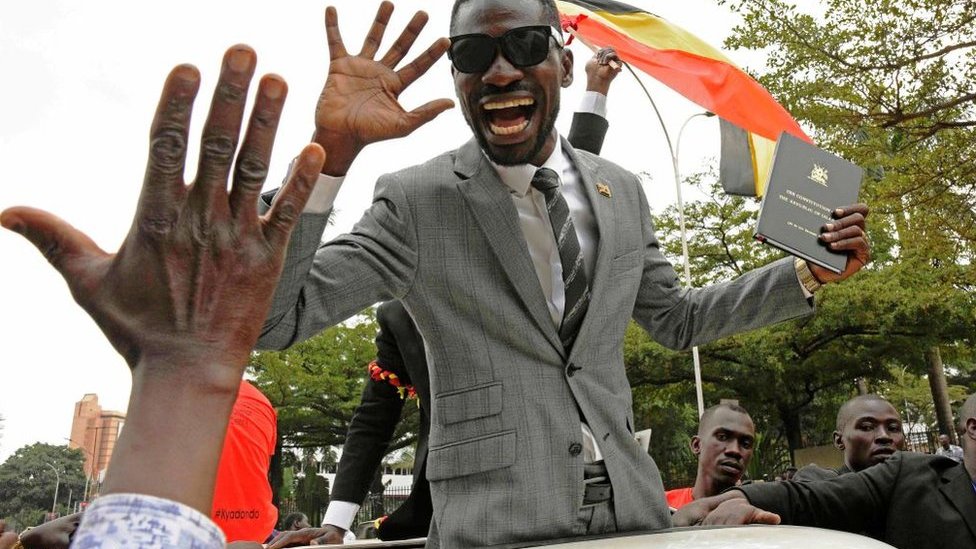