He made the remarks at the close of an African National Congress meeting in Eastern Cape province that descended into chaos.

“I saw chairs flying – a festival of chairs… It’s something we must be deeply ashamed about,” he said.

The ANC is to chose a new leader in December, inflaming party tensions.

Mr Ramaphosa is one of the front-runners to replace President Jacob Zuma.

Analysts say the eventual election of Oscar Mabuyane on Sunday as the ANC’s East Cape provincial chairman is a boost for Mr Ramaphosa’s leadership bid.

At least eight people were injured in the violence that erupted at a conference centre in East London in the early hours of Sunday morning.

Footage of the chair-throwing has been shared on social media.

A rival faction left the meeting and tried, but failed, to get the High Court to declare the conference unlawful.

Mr Ramaphosa, who was greeted by rapturous scenes when he took to the stage, told the delegates not to resort to the courts or violence to resolve ANC problems.

“Right now we are going through difficult moments as ANC. The December conference stands out as the beacon of hope where we will renew the ANC and unite the ANC,” South Africa’s Mail and Guardian paper quoted him as saying.

“We cannot allow violence to be utilised as a way of resolving our problems. This is what brings ANC into disrepute. Those great leaders of our movement always found time to sit down and address differences that may have arisen amongst them.”

The ANC leader automatically becomes the party’s candidate for president of the country.

About 35 people have been killed in South Africa’s KwaZulu-Natal province since last year as a result of divisions within the ANC.

Rival factions have been fighting for control of the party and state resources, raising fears that violence could escalate. 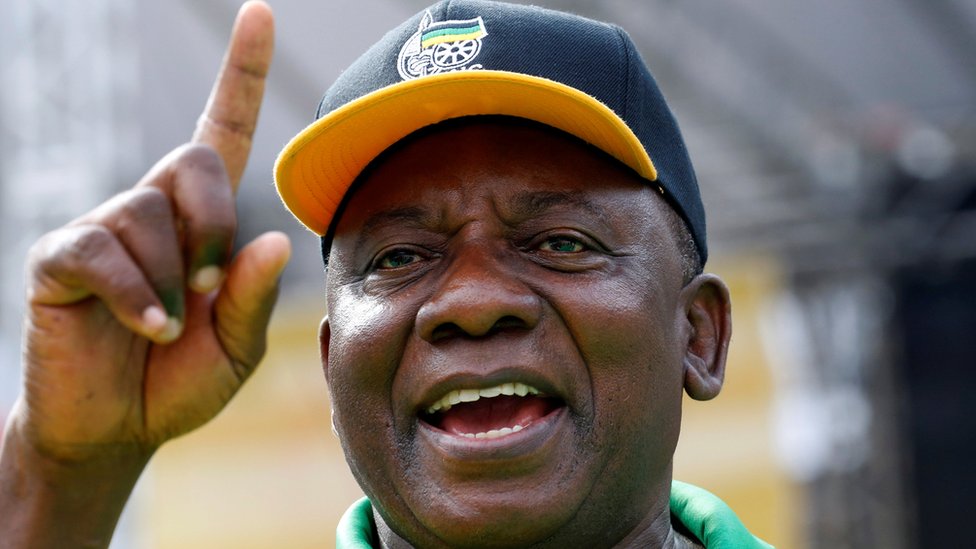