Former France youth international Joris Gnagnon could make his debut for Ivory Coast away to Mali in a 2018 World Cup qualifier.

The defender, who plays for French side Rennes, is part of a 24-man Elephants squad for the game on 6 October in Bamako.

“It will be a dream come true to finally play for Ivory Coast,” he said.

Gnagnon was previously called up for the friendly against the Netherlands in June, but missed out due to injury.

The 20-year-old centre-back decided to play for Ivory Coast, despite having represented France at Under-20 level.

Elsewhere, Max-Alain Gradel and Wilfried Zaha are both left out of the 24-man squad through injury, while striker Seydou Doumbia will be assessed by team doctors after suffering a knock on club duty in Portugal.

Bony has not played for his country since the 2017 Africa Cup of Nations and Kodjia’s last appearance was the 2-0 friendly win in Russia back in March.

Ivory Coast’s hopes of reaching a fourth straight World Cup took a knock when beaten 2-1 at home by Gabon early this month.

But they will move closer to qualifying in Group C on Matchday 5, if they win in Mali and Morocco and Gabon draw on 7 October in Casablanca.

The two-time African champions lead the group with seven points, one more than Morocco while Gabon have five. 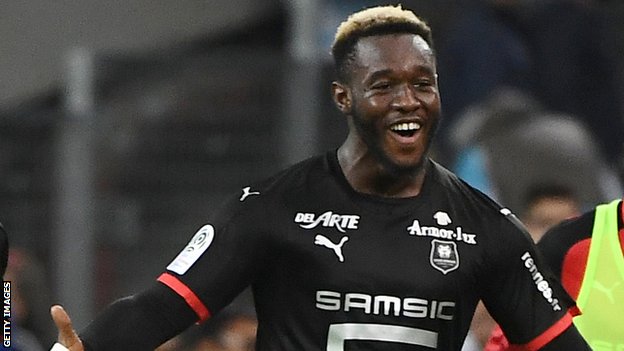 Mahrez and Slimani left out of Algeria ...