Tunisia’s Etoile du Sahel beat Al Ahly of Egypt 2-1 in Sousse in the first leg of their African Champions League semi-final on Sunday.

Egypt’s Al Ahly, who are aiming for a record-extending ninth title, took on their Tunisian foes in a repeat of the 2005 and 2007 finals.

It was Etoile who took an early lead through Alaya Brigui (pictured) in the 16th minute.

Ahly equalised after the break when Saleh Goma struck after 66 minutes.

Etoile fought back to win their home leg 2-1 thanks to a Mohamed Amine Ben Amor goal seven minutes later.

The other semi-final first leg ended 0-0 on Friday night between Algeria’s USM Alger and Wydad Casablanca of Morocco.

The second legs will be played during the weekend of October 20-22. 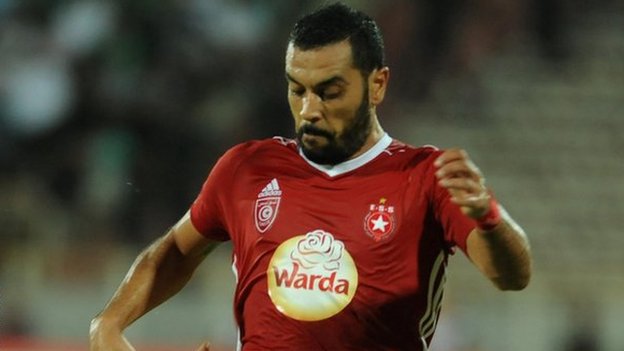