Soldiers in Cameroon shot dead at least seven people during independence protests in the English-speaking parts of the country, a local mayor says.

Rallies were held in several towns on the anniversary of the incorporation of the regions into Cameroon.

The mayor of town of Kumbo told the BBC that five of the dead were prisoners who were shot after a jail caught fire.

Activists had called for the release of prisoners who had been arrested in a series of protests over the last year.

Cameroon is split between English and French-speaking regions after colonisation by Britain and France following World War One.

The country was unified 56 years ago – but English-speakers accuse the Francophone majority of discrimination.

The mayor of Kumbo, Donatus Njong Fonyuy, said the flag of a secessionist movement had been put up in symbolic places in the town.

There were several other demonstrations in other parts of English-speaking Cameroon.

Demonstrators made a symbolic proclamation of independence as part of their protest, AFP news agency reported.

Counter-demonstrations in support of the government and a unified Cameroon also took place in the city of Douala.

Earlier in the week, Cameroon banned public meetings and travel in the English-speaking regions.

Protests from the English-speaking minority began late last year over concerns they were often excluded from top civil service jobs, and that the French language and legal system have been imposed on them.

What started as a movement for greater rights has turned into a demand for independence. 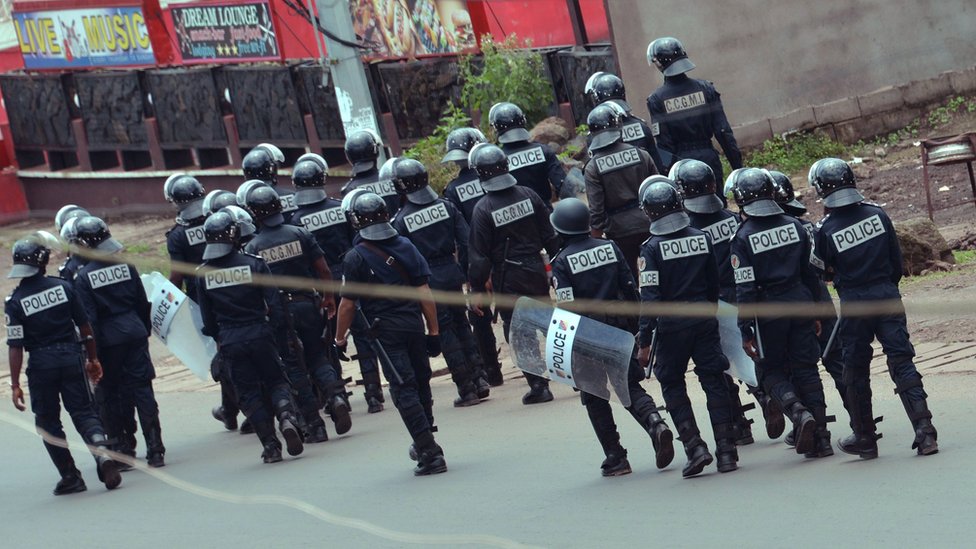