Morocco have confirmed they will play South Korea in a friendly match in Switzerland on 10 October, three days after a crucial 2018 World Cup qualifier against Gabon.

Coach Herve Renard sees the game as key to getting his squad into shape for the final World Cup fixture away to Group C leaders Ivory Coast on 6 November.

“This friendly is part of preparations for the last round of qualifying for the 2018 Fifa World Cup in Russia,” the Royal Moroccan Football Federation (FRMF) announced on its website.

Morocco have drawn four and lost once in five previous meetings with South Korea.

The Asians have already qualified for the World Cup in Russia, their tenth appearance, becoming the only side outside of Europe and South America to be ever-present since 1986.

Renard has named five locally-based players in his 26-man squad to face Gabon in Casablanca on 7 October, with Dutch-born midfielder Hakim Ziyech leading a cast of 21 overseas based stars, including Mehdi Benatia and Younes Belhanda.

The duo of Amine Khammas and Mehdi Carcela-Gonzalez, part of the squad who defeated Mali 6-0 at home and drew 0-0 away, have been dropped.

Ivory Coast lead the group with seven points, one more than Morocco while Gabon have five. 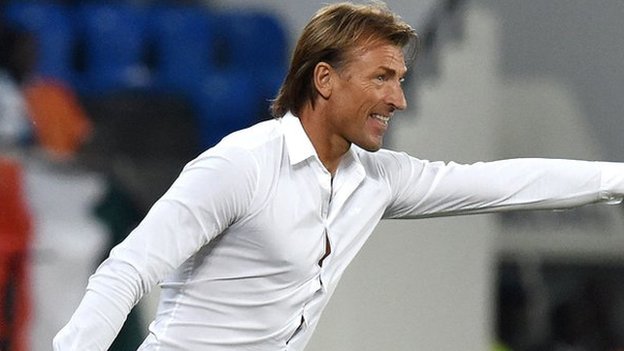