Wydad Casablanca’s coach, Hussein Amotta, criticised the pitch in Algiers after their 0-0 draw away to USM Alger in the first leg of the African Champions League semi-final.

Wydad were disappointed not to take an away goal back to Morocco, with coach Amotta frustrated by the playing surface.

“We managed to create four or five scoring opportunities, which unfortunately were unsuccessful.

“I think the state of the pitch affected our finishing, as we like to play the ball on the ground with short passes, and that requires a good pitch.

“Overall, we are happy to leave with a draw, but it is a tricky score-line, because USMA only need to score one goal to put us in trouble. So it will be difficult for us and we will have to be at our best to qualify,” Amotta added.

I think the state of the pitch affected our finishing, as we like to play the ball on the ground with short passes

The pitch also appeared to hinder the home side’s play, according to Wydad goalkeeper, Zouheir Laaroubi.

“The poor state of the pitch forced our opposition to play long passes and shots from a distance to try and score.

“That made things considerably easier for me as aerial balls were easy to intercept. I hope we will play well at home and we will finish by qualifying,” Laaroubi said after keeping a clean sheet against their Algerian counterparts.

“I am disappointed by the result, but I cannot blame my players because they gave everything, especially in the second half.

“In any case, if I were to criticise anything, it would be the referee, as he did not give us one penalty, minimum. It is really a shame because that could have changed the result.

“That said, despite the nil-nil score-line at home, all is left to play for. There is a second leg during which we will do our utmost to flip the advantage,” said USM Alger coach Paul Put.

On Sunday, Etoile du Sahel of Tunisia have home advantage over record eight-time champions Al Ahly of Egypt in the other semi-final first leg in Sousse.

Return legs take place during the weekend of October 20-22. 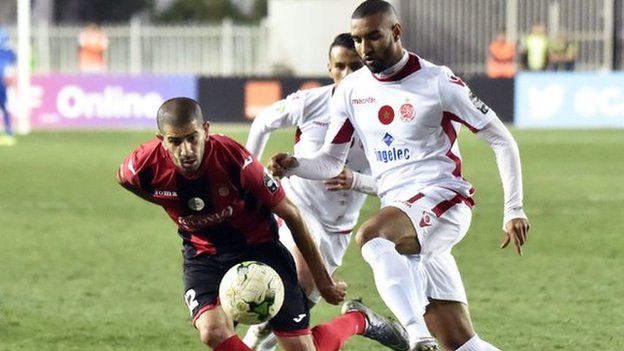 The children who fled Boko Haram