Musa Bility, the head of the Fifa task force which has just returned from a visit to Sierra Leone, says he is optimistic peace will soon return to Sierra Leone’s Football Association (SLFA).

Bility, who is also a Confederation of African Football (Caf) executive committee member and President of the Liberia FA, succeeded in getting all parties in the internal dispute to agree to a road map for peace during the two-day trip to Freetown which ended on Friday.

“I’m very optimistic there’ll be peace. Hopefully there will be an end to the problem,” Bility told BBC Sport.

Sierra Leone football has been dogged by internal wrangles on issues ranging from integrity checks on current and potential SLFA executive members, FA elections and the investigation of match fixing allegations.

Bility says the visit to Freetown has given hope for a resolution to the deep divisions between the SLFA excutive committee and aggrieved stakeholders.

“I’m very glad to report that we’ve met all parties in Sierra Leone and they have now agreed on a comprehensive peace process that has set up a road map that will lead to elections.

“Agreement has been signed to this effect. This includes the government of Sierra Leone, the SLFA, the aggrieved stakeholders along with Fifa. Everybody is on board and we are ready to achieve total peace and stability in Sierra Leone football,” Bility said.

Bility confirmed that the time frame for their proposals has to be approved and communicated later to the SLFA.

“There’ll be two congresses that will lead to the adoption of a new SLFA statute and then an election of the electoral body that will conduct elections for the SLFA.

“We have made recommendation for a very fast process and hopefully the committee will come up with an answer within a week,” Bility added.

The delay into match fixing investigations was also discussed.

Eleven officials and four players were suspended more than three years ago by the SLFA for alleged match fixing allegations, all of whom have denied any wrongdoing.

“We agreed that the match fixing allegations that are currently on file in Sierra Leone will be turned over to Fifa who will directly investigate them and come up with their findings as soon as possible,” Bility confirmed.

The Fifa task force visit came just over a week after the President of the SLFA Isha Johansen and secretary general Christopher Kamara were indicted by their country’s Anti Corruption Commission.

Bility says Fifa does not get involved in government matters.

“We don’t interact with any government agency outside of the ministry of sport. Fifa has no intention to delve into Sierra Leone internal affairs or governance issue.

“We’re strictly about the management of Sierra Leonean football and as far as we’re concerned we set out to find a solution for that and that’s what we’re all going to stand by.

“The football fraternity in Sierra Leone hopes the road map will lead to solid peace within the SLFA and that the local premier league will resume after a three year absence,” Bility stated. 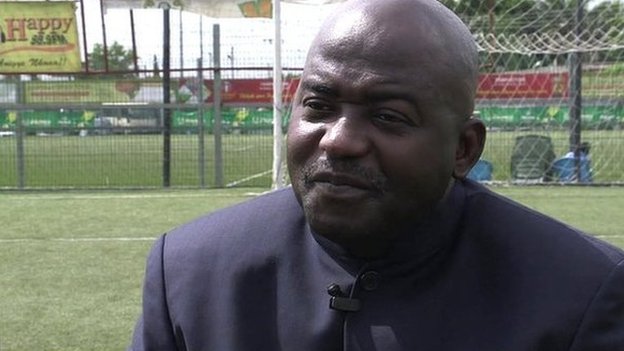