A five-year-old Nigerian boy, who was seriously injured when he was run over by Boko Haram militants three years ago, has taken his first steps since.

The Islamist militants drove over Ali Ahmadu’s back on a motorbike as he tried to flee with his mother from an attack on their village, Chibok.

Ali is now walking again, after having spinal cord surgery in Dubai.

Ali is expected to stay in Dubai for about three months while he undergoes further physical therapy and rehabilitation exercises.

The founder of the charity that arranged his treatment, Nuhuu Kwajafa of the Global Initiative for Peace, Love and Care, told BBC Focus on Africa that Ali had not seen a doctor between the time of his injury and arriving in Dubai.

“He had been lying down with spinal cord injury,” said Mr Kwajafa. “He had inactive tuberculosis, so many kinds of infections, and they left him in the village.”

Now, following his surgery, “he is marching up and down in the room, talking, making noise. I’ve never seen him like that before.” 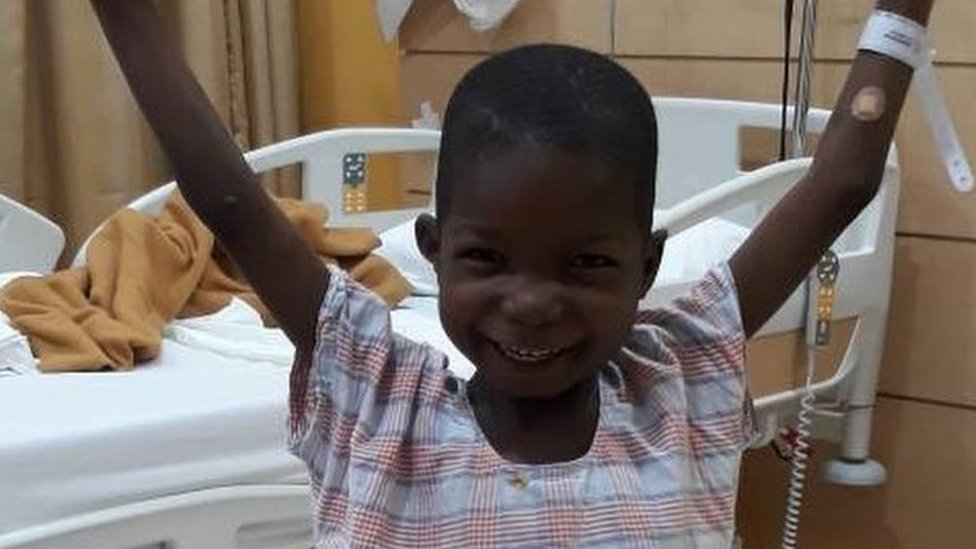 Parliamentary punch-ups in Uganda… and elsewhere