Jordan and Andre Ayew have both been left out of the Ghana squad for their 2018 World Cup qualifier in Uganda.

The brothers played for their English Premier League clubs at the weekend but were not in the Ghana squad for their last World Cup tie against Congo.

The Black Stars know that even with a win in Kampala their World Cup dreams will be over if Egypt overcome visiting Congo Brazzaville on Sunday.

Ghana coach Kwesi Appiah has named a 26-man squad for the tie on 7 October.

Locally-based stars Vincent Atinga from Hearts of Oak and Inter Allies ace Isaac Twum are the other debutants.

Germany-based defender Daniel Opare returns to the side for the first time since the 2014 World Cup in Brazil after playing well for his German club Augsburg.

Captain Asamoah Gyan and is joined by other experienced players like Atletico Madrid’s Thomas Partey, who scored a hat-trick in the 5-1 win over Congo earlier this month.

The squad will be reduced to 23 players before the trip to Uganda. 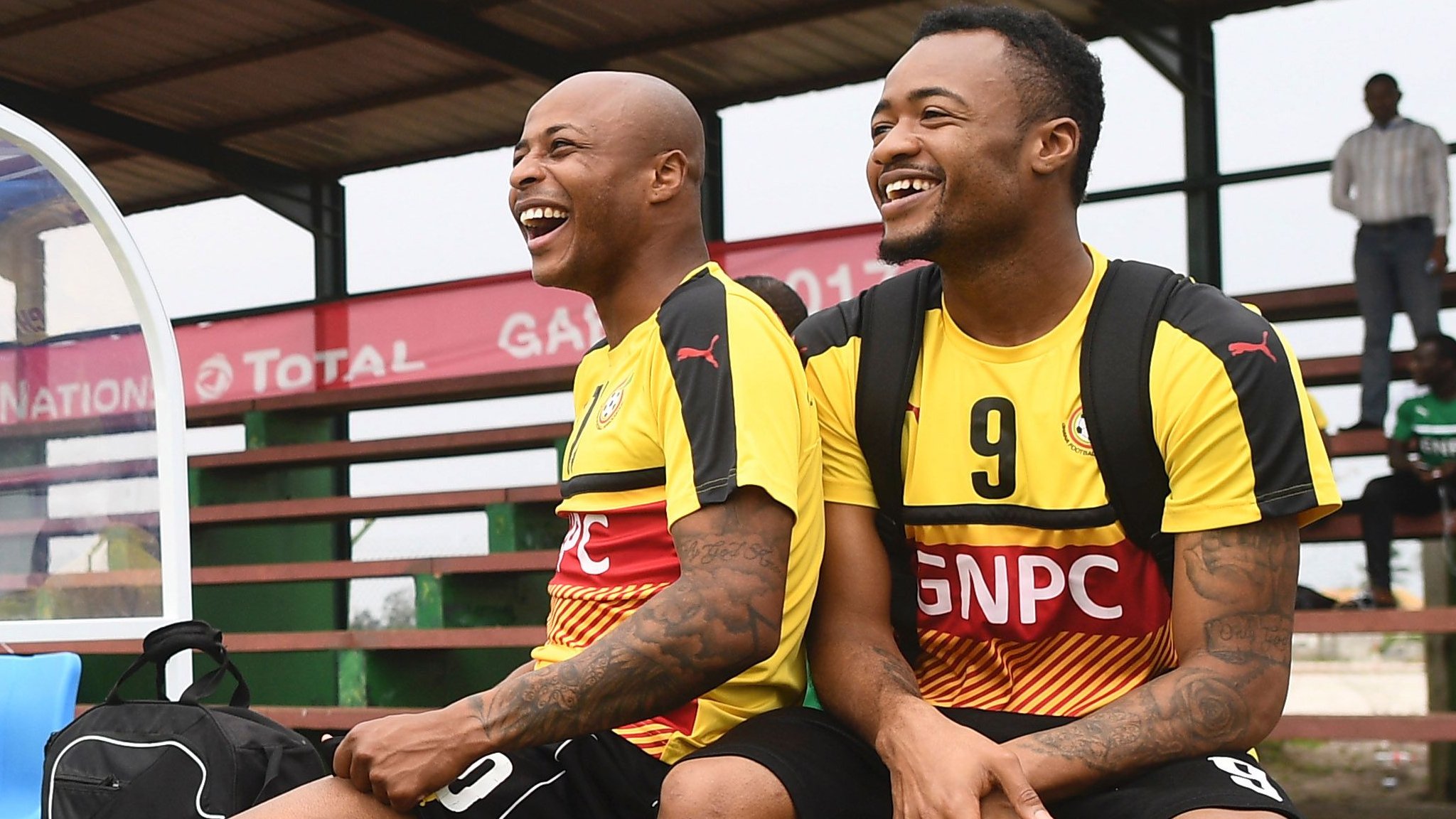