US expands travel ban to include Chad

The United States has expanded its controversial travel ban to include people from North Korea, Venezuela and Chad.

The White House said the restrictions follow a review of information sharing by foreign governments.

“Making America safe is my number one priority. We will not admit those into our country we cannot safely vet,” Mr Trump said.

The restrictions on Venezuelans are only being applied to government officials and their family members.

The three new countries join five others from Mr Trump’s original travel ban: Iran, Libya, Syria, Yemen, and Somalia. But the new proclamation removed restrictions that were placed on Sudan.

Mr Trump’s original ban was highly controversial, as it affected six majority-Muslim countries, and was widely labelled a “Muslim ban”.

It was subject to a range of legal challenges and the subject of several large-scale protests, and is due to be considered by the US Supreme Court in October, having been partly reinstated in July.

The addition of North Korea and Venezuela now means not all nations on the list are majority-Muslim.

The criteria for the new ban list is now based on vetting procedures and co-operation, and the restrictions have now been “tailored” on a country-by-country basis:

Most of the restrictions come in the form of suspension of B-1 and B-2 business and tourist visas.

In a fact sheet accompanying Mr Trump’s proclamation, the White House said that while Iraq also falls short of the required criteria, the country was not included in the the new restrictions “because of the close cooperative relationship between the United States” and their part in fighting so-called Islamic State.

The restrictions come into effect on 18 October, but will not apply to those already in possession of a valid visa, the White House said. 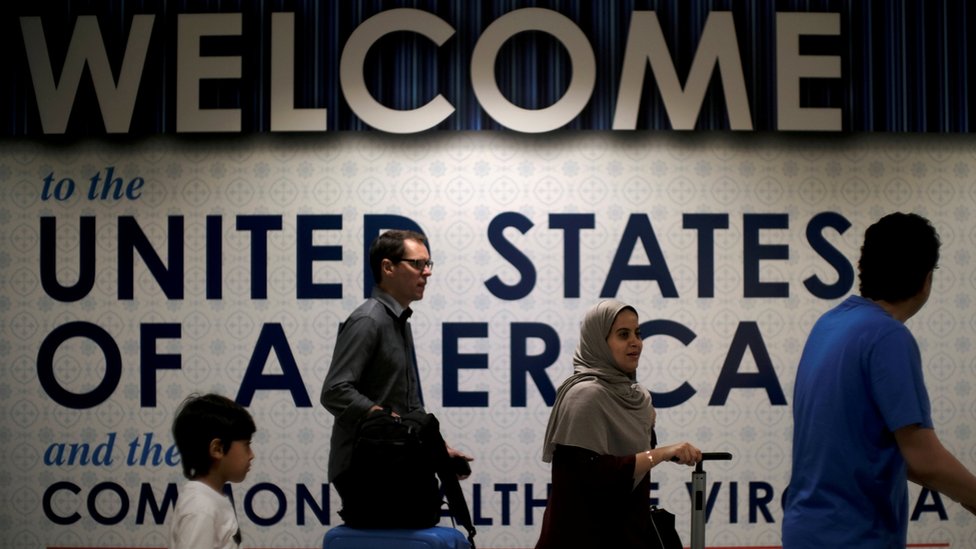 Inside the alt-right: ‘Genocidal behind closed doors’