South Africa’s public broadcaster has apologised to Nkosazana Dlamini-Zuma, a leading politician, for referring to her as President Jacob Zuma’s ex-wife rather than using her name.

SABC CEO Nomsa Philiso said the corporation had made “demeaning” mistakes that were “sexist and wrong”.

It has apologised before for calling the politician Nkosazana “mini-Zuma”.

Jacob Zuma is expected to step down as leader of the governing African National Congress party in December and has endorsed her to succeed him as ANC president, and preferably of the country after elections due in 2019.

She was one of his three wives until she divorced him in 1998.

Dlamini-Zuma in quest for ANC mantle

Ms Dlamini-Zuma tweeted her response to the apology, saying the SABC had a responsibility to report fairly.

The SABC has a responsibility to report fairly. They have apologized to me twice. I hope they will not have to apologise for the 3rd time.

The “mini-Zuma” gaffe last month was attributed to “human error” by the SABC.

“As a public service broadcaster, the SABC remains committed to serving South Africa and the African continent diligently in fostering a non-sexist and non-racist approach to our coverage of events here and elsewhere as expected of us,” Ms Philiso was quoted by broadcaster eNCA as saying. 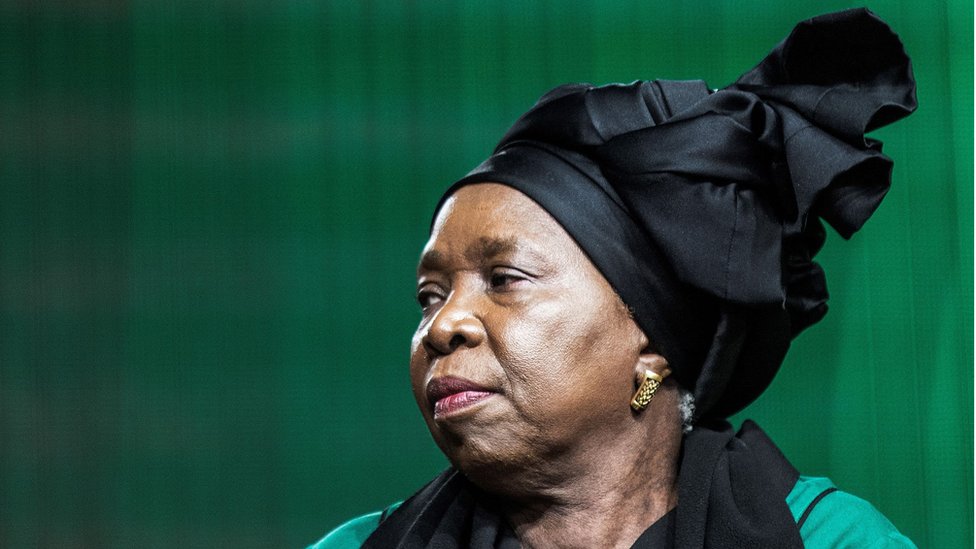