Caught in the middle

Since last October, the Democratic Republic of Congo’s Kasai region has been wracked by violence, leading to the deaths of many civilians.

These fatalities are the result of clashes between the army and a government-backed militia known as the Bana Mura, and a rebel group called Kamuina Nsapu.

Many villages have been burned down and it is estimated that more than a million people have been displaced in the region in the past year.

Photographer John Wessels travelled to the region and met those who have been caught up in the fighting.

“I was stabbed, children were drowned and because we fled after the houses were burned down, we lost everything.

“The people of Tshikapa city were kind enough to help us. We stay here on the floor, but we have neither a bed nor sheets.

“Because of the ethnic conflict it is impossible to go back home. They will recognise our language and kill us.”

“Our enemies came in the middle of the day, they told us they were going to kill us and burn our houses.

“They finally came with their machetes a few days ago. I lost everything, my wife, my boy, my daughter. They also killed my older brother.”

“When they came they burned everything and I also lost my two diplomas. That was all I had. I can never get them back.

“The militia of Kamuina Nsapu came during the night while we slept. We had already heard rumours that we would be attacked so I had prepared a package of food.

“I fled with my husband and five children, ranging from 11 years to six months old. They fired on my husband during the flight.

“I would like to join my family in the capital, Kinshasa but it is impossible because the trip costs 60,000 Congolese francs (£28.50) per head and we have no money; I will never leave my children alone.

“Today, I no longer have strength because I am weakened by the malaria that I caught in the forest and because of the lack of food.”

Raphael Kabulewu has been a pastor since 1999, and sits outside the Biyega Health Clinic in Tshikapa.

“Since April I have welcomed many orphaned children who arrived at the health centre covered in blood. We now have 200 residents.

“They have seen their parents die before their eyes, they have lost everything.

“Now I would like to be able to feed them and give them medicines against diarrhoea and fever.”

“My son Etienne was born a week ago. When I fled my village with my two children, my husband was killed by beheading. I think of it all the time.

“When I arrived, here the nurses and the pastor helped me.

“I hope that my children will be able to return to school and that they will have a better life.”

“I was hit on the head with machete blows. I fell to the ground and they thought I was dead.

“My two children were only spared because they did what I told them to do, they lay down in the blood and played dead.

“This centre is the only place where I feel that we are safe.”

“I come from the town of Senge, with my two daughters and my boy.

“They were very ill on the way and when we arrived here, after walking for two weeks in the bush, they were very sick.

“When we arrived here the pastor helped us a lot. We were able to find some food and then clothes.

“I am a teacher but unfortunately I lost my diploma. My dream would be to build a school for children who had to flee their home.”

All photographs subject to copyright. 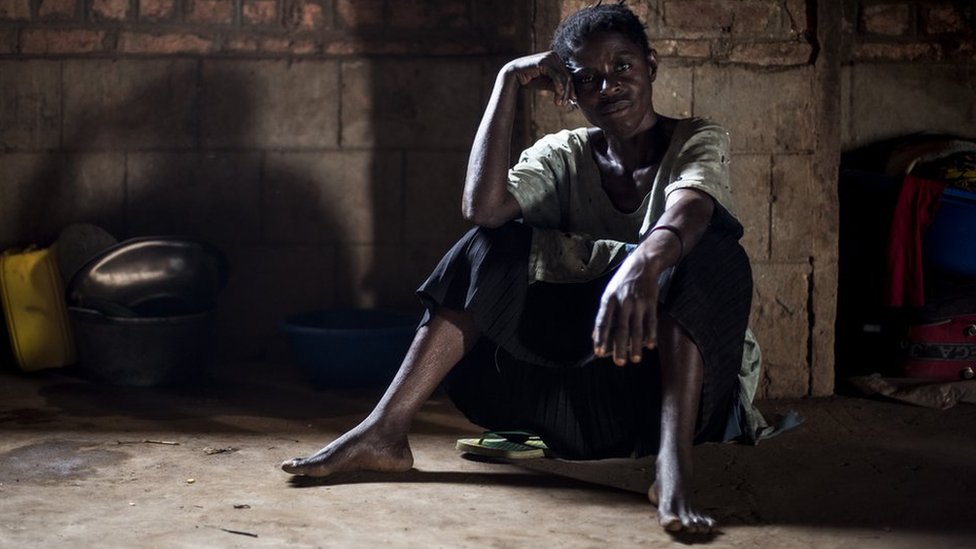