The Gabon striker, 28, scores his first goal on the stroke of half-time, before heading past goalkeeper Tobias Suppel for his second soon after.

Aubameyang completed his hat-trick from a tight angle to secure Dortmund their fifth win from six league games.

Two from Maximilian Philipp and one by Julian Weigl completed the scoring.

Monchengladbach’s goal was by Lars Stindl and was the first Dortmund, whose rivals Bayern Munich drew with Wolfsburg on Friday, have conceded in the league this season.

On Wednesday, Peter Bosz became the first manager in Bundesliga history to guide his side to a clean sheet in his first five games when they beat Hamburg 3-0.

Aubameyang has scored eight league goals so far this season.

Elsewhere in the Bundesliga, Hoffenheim beat Schalke 2-0, RB Leipzig bounced back from defeat at Augsburg in midweek with a 2-1 win at home to Eintracht Frankfurt and Mainz beat Hertha Berlin 1-0.

Werder Bremen against Freiburg and Stuttgart versus Augsburg both finished goalless. 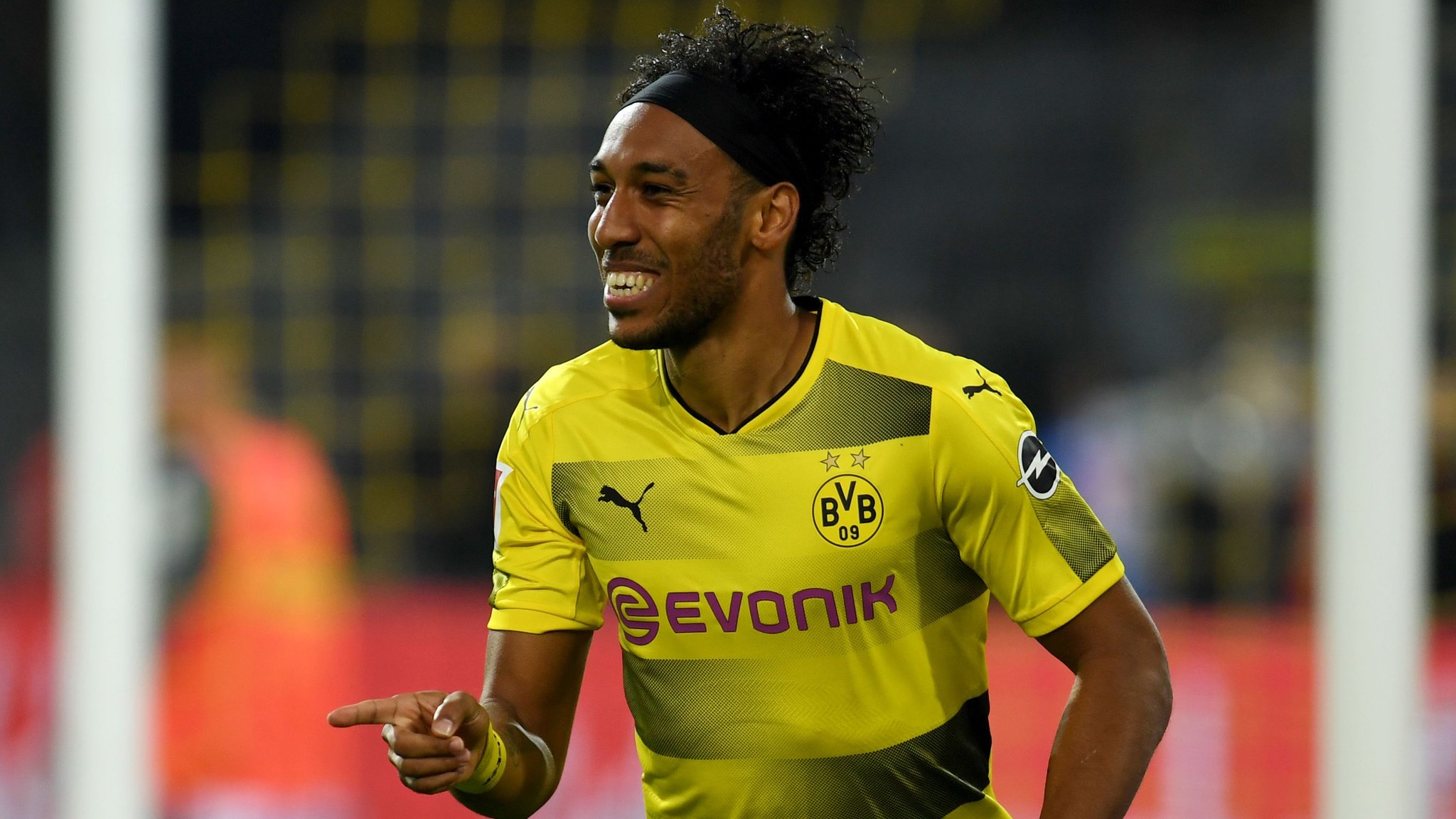