The final of the WAFU Cup will feature those two great rivals, Nigeria and the hosts Ghana.

Both sides won their respective semi-finals on Thursday to set up the clash in Cape Coast on Sunday.

Rabiu Ali scored the only goal as Nigeria won 1-0 against Benin, who played over an hour with ten men following Marcellin Degnon Koukpo’s red card.

Ghana are the defending champions, whilst Nigeria have now reached three of the last four WAFU Cup finals.

The two sides have already met at this competition, in their final group match – a game Nigeria won 2-0. 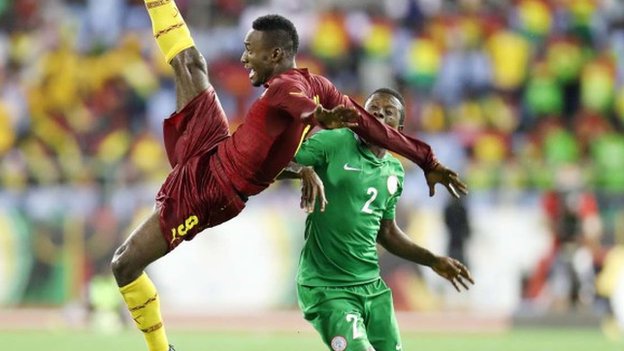