“Nambia’s health system is increasingly self-sufficient,” said US President Donald Trump at a lunch with African leaders in New York on Wednesday, reeling off a list of their nations’ achievements.

But no such country exists.

Could the US leader have been referring to Namibia? Zambia? Or perhaps, The Gambia?

Social media users wasted no time in offering their own explanations.

“I have so many friends going to your countries trying to get rich. I congratulate you, they’re spending a lot of money,” Mr Trump said.

“It [represents] huge amounts of different markets… It’s really become a place they have to go, that they want to go.”

Others defended Mr Trump, saying that aside from the “Nambia” blunder, he made some valid points.

The population of sub-Saharan Africa is about to DOUBLE. That’s an unbelievable economic opportunity.

China knows it and invests mightily. 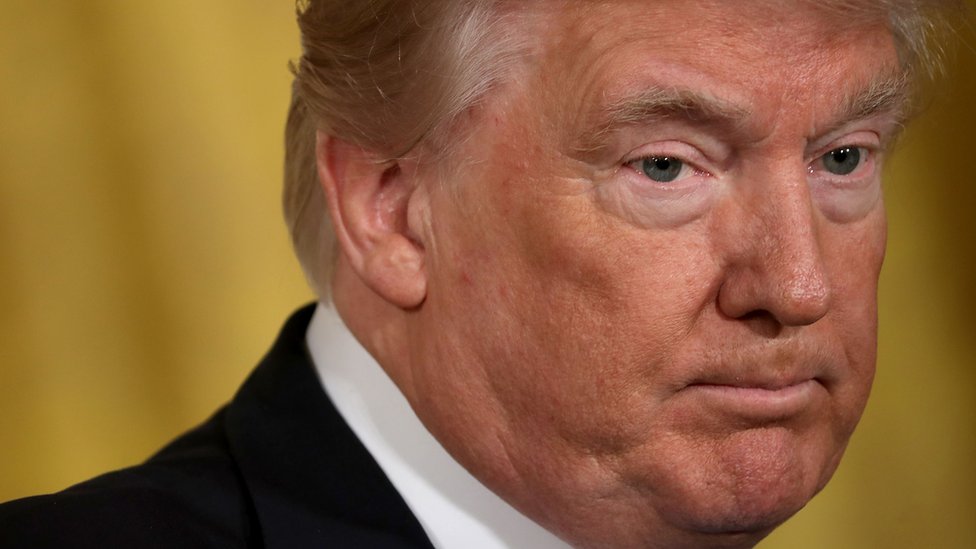 How Israel is disabling Palestinian teenagers

Which country has conducted the most nuclear ...