Swansea boss Paul Clement hopes Tammy Abraham will choose to play for England after interest from Nigeria – but will not put pressure on him to do so.

London-born striker Abraham, on loan at Swansea from Chelsea, has played for England Under-21s.

The Nigerian Football Federation (NFF) believes the 19-year-old is “close” to declaring himself available for Nigeria, where his father was born.

“Hopefully he stays with the English national team,” Clement said.

“I’m not sure if he’d be better off career-wise – I’m saying it because I’m English and he’s a good English talent, so you want him involved in the national team.

“From my point of view, there will be no influence from me.

“If he wants to ask for advice, of course I’ll be there to do it, but I’m sure, between him and his family, he’ll make the right decision.”

NFF President Amaju Pinnick says that after a meeting with Abraham and his agent “all is looking good” for him to play for Nigeria.

Chelsea wing-back Victor Moses, Arsenal midfielder Alex Iwobi and Reading striker Sone Aluko are among those to have represented England at youth level before switching to play senior international football for Nigeria.

Abraham joined Swansea from Chelsea on a season-long loan in the summer and has scored two goals in seven appearances for the Welsh club.

“I haven’t spoken to him about that [interest from Nigeria]. I will ask him at some point, but I’ve got more pressing issues to deal with at the moment than that,” said Clement.

“Ultimately it’s the decision of the player. In some cases they’ll make the choice because they see a better opportunity, a chance of playing more regularly at international level.

“In other cases, it’s because it’s where they believe they’re from, representing the country where they were born or where their parents were born and it’s in their culture.

“Whatever their reasons are, it’s down to the player to decide.” 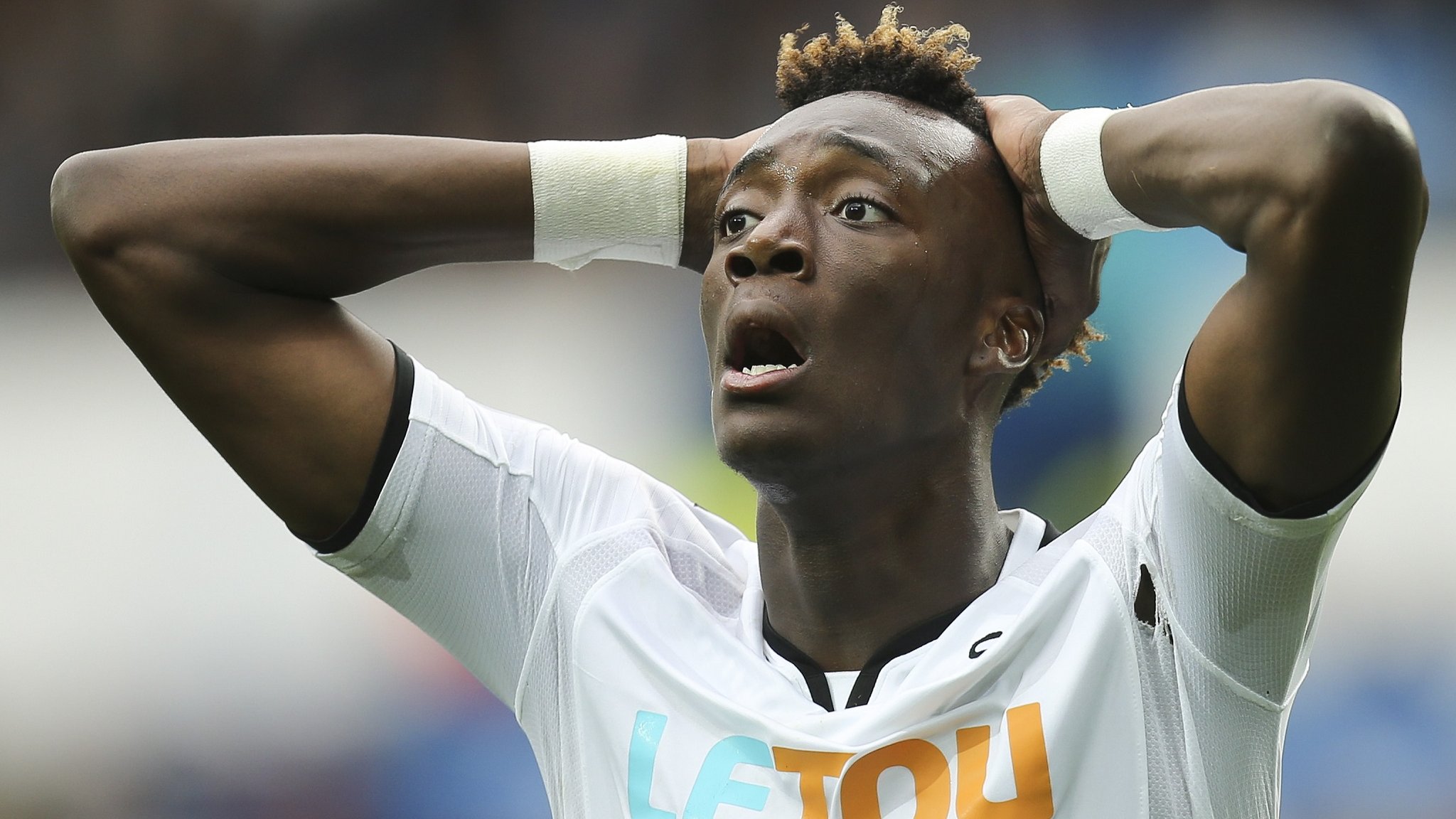