Sierra Leone’s FA president Isha Johansen has been charged with abuse of office and public funds by the country’s Anti-Corruption Commission (ACC).

Both were detained last year as the ACC investigated potential abuse of funds.

Johansen has denied the charges, which come two days after she announced her intention to stand for another term.

“This announcement by the ACC was inevitable and predictable – I am deeply saddened,” she told BBC Sport.

“I don’t know how my story will end, but nowhere will it be written that Isha Johansen ever gave up.”

The first appearance in court for both Johansen and Kamara is slated for 30 October 2017.

Johansen took charge of the SLFA in 2013 and her reign has been blighted by controversy, infighting and the impact of the Ebola virus.

The SLFA was supposed to hold elections in early August but these were delayed by football’s world governing body Fifa until integrity checks on current and potential SLFA executive members are carried out. 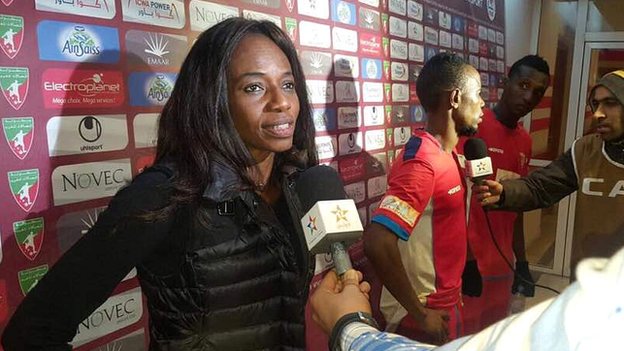