At least 50 migrants are feared drowned after their boat ran out of fuel and capsized off the Libyan coast.

The dinghy, which had been carrying at least 100 people, had set off from Libya’s western city of Sabratha last Friday, local officials told the BBC.

The vessel was adrift for days before it capsized and was washed onshore near the city of Zuwara in the early hours of Wednesday.

Thirty-five survivors were found, along with eight bodies, officials said.

A spokesman for the Libyan navy said the survivors were all from sub-Saharan Africa.

Libya is a popular transit route for migrants trying to reach southern Europe by sea. Many are packed into unseaworthy vessels by traffickers who then abandon them to their fate in the Mediterranean Sea.

More than 100,000 have crossed the Mediterranean to Italy so far this year, according to the UN. More than 2,400 people have died in the attempt.

Migrants caught by Libyan authorities are often taken to overcrowded detention centres in Tripoli where they are kept in poor conditions.

Arrivals to Italy from Libya fell sharply earlier this summer following a reported deal between the internationally recognised government in Tripoli and a Libyan militia alleged to have been involved in human trafficking. 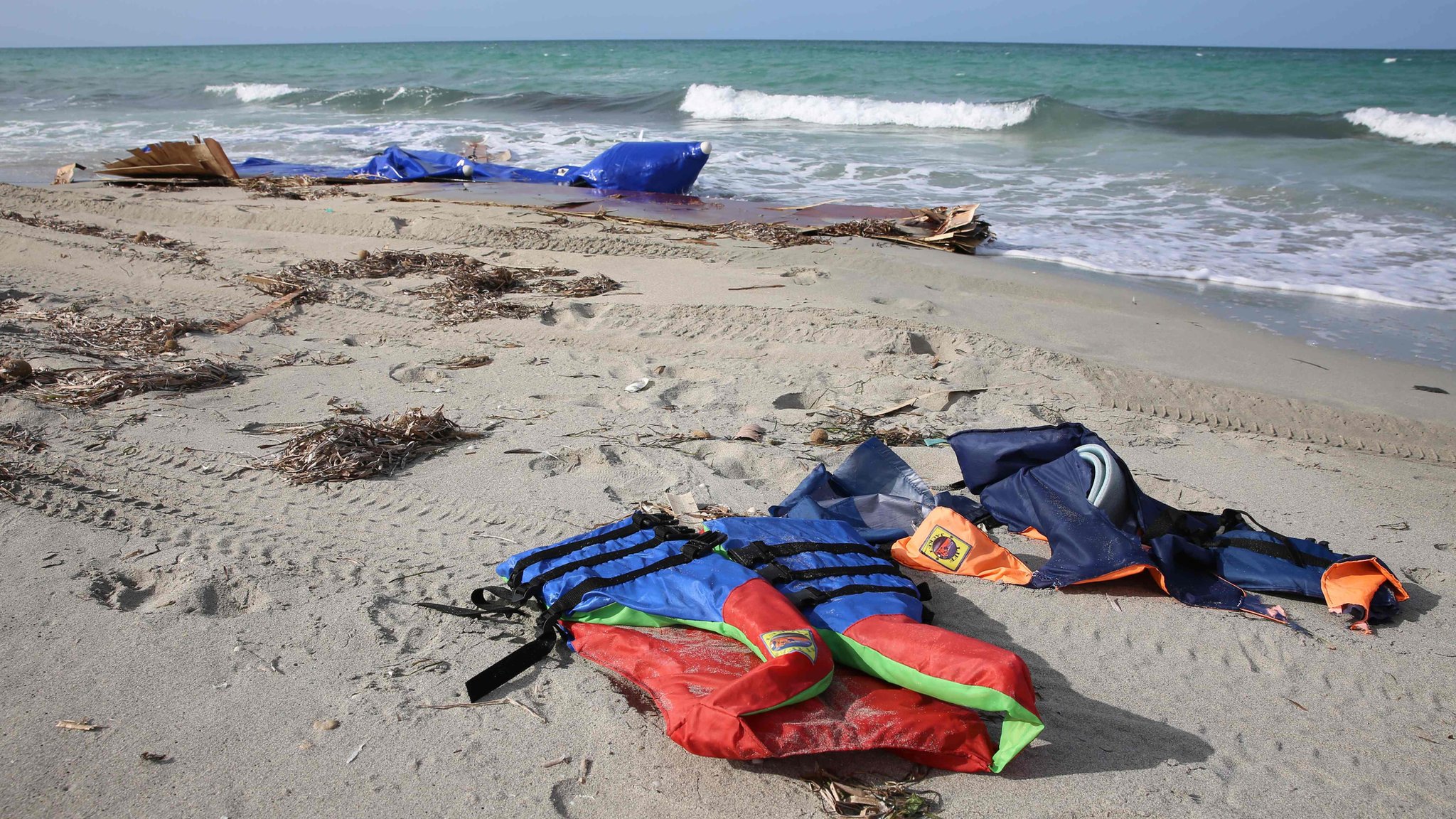