Benin in yellow jersey, scored late to secure a 2-1 win over Niger and progress to the semi-finals of the WAFU Cup of Nations.

Niger edged into last four of the regional championship as well thanks to their earlier win over Senegal, who they finished level on points with.

Senegal and Ivory Coast’s Group B campaign ended in a goalless draw, a win for either side would have seen them advance.

But things began to go wrong for Niger after 15 minutes when their experienced keeper Daouda Kassaly was forced off with an injury.

His replacement Mainassara Yahaya lasted just five minutes before being sent off for a foul outside the area.

It got even worse for Niger 10 minutes before half-time when forward Mahamadou Souley was also dismissed for a second yellow card.

It took Benin until the 87th minute for their two-man advantage to count again when substitute Jules Elegbede grabbed the winner. 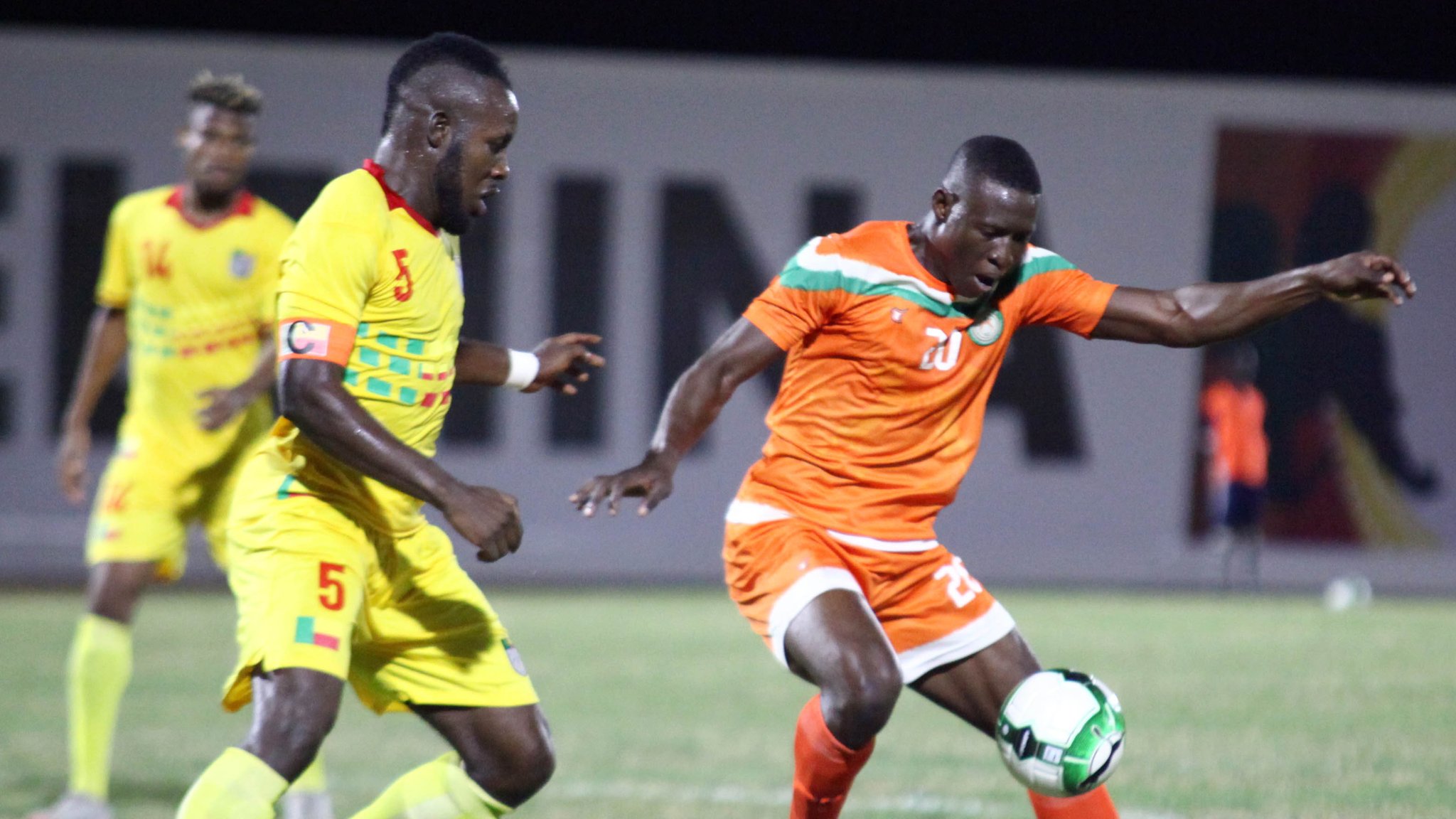