Kenya’s Supreme Court has blamed the country’s electoral commission (IEBC) for its decision to annul the re-election of President Uhuru Kenyatta.

The judges said the 8 August poll was “neither transparent or verifiable”.

Deputy Chief Justice Philomena Mwilu said the IEBC did not verify the presidential results before they were announced.

Mr Kenyatta got 54% of the vote against opposition leader Raila Odinga’s 44%.

Mr Odinga went to court alleging that he had been cheated out of a win and that the IEBC did not follow the law in the conduct of the election.

Ms Mwilu also said that the commission did not comply with a court order to scrutinise its electronic voting system.

She said that the IEBC’s refusal to comply with the court order to grant access to its electronic voting system led the court to believe Mr Odinga’s claims that the system “could have been hacked”. 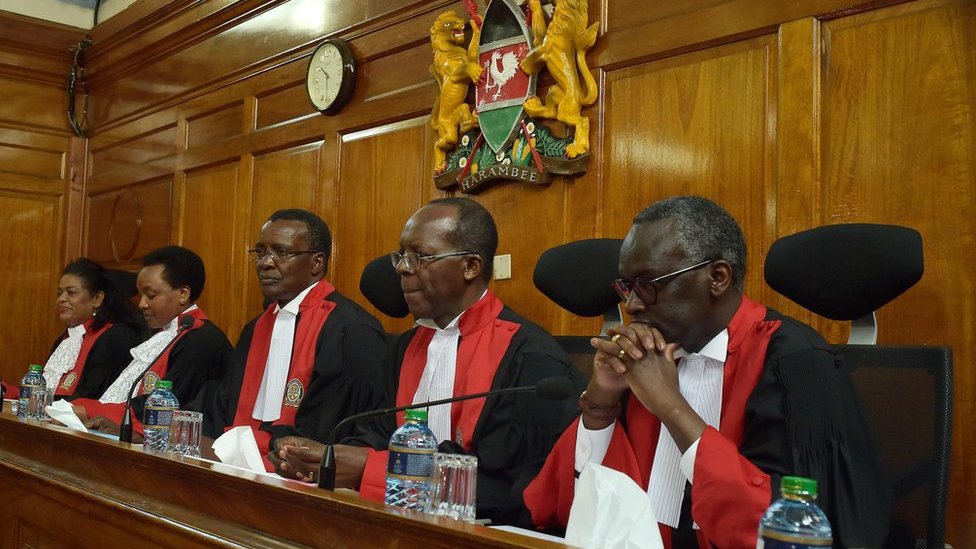