Peter Bosz became the first manager in Bundesliga history to guide his side to a clean sheet in his first five games as Borussia Dortmund beat Hamburg 3-0 to remain top of the table.

Goals from Shinji Kagawa, Pierre-Emerick Aubameyang and Christian Pulisic took them to 13 points.

This leaves them a point better off than Bayern Munich, who beat Schalke 3-0 on Tuesday.

The victory was also Dortmund’s 750th in the history of the competition.

Aubameyang, last season’s top Bundesliga scorer, headed against the post from an Andriy Yarmolenko cross before Japan midfielder Kagawa slotted in from close range in the 25th minute.

Aubameyang got on the scoresheet in the 63rd minute, finishing off a quick Dortmund break and he should have scored another when he had only keeper Christian Mathenia to beat soon after.

Hoffenheim climbed to third, on 11, after recovering from a two-goal deficit to snatch a 3-2 stoppage-time win at Mainz thanks to Mark Uth’s late winner

Hanover 96 failed to keep pace and dropped to fourth after their 1-1 draw at Freiburg.

Cologne made it five losses in a row, their worst Bundesliga start in the club’s history, after their 1-0 defeat by Eintracht Frankfurt. 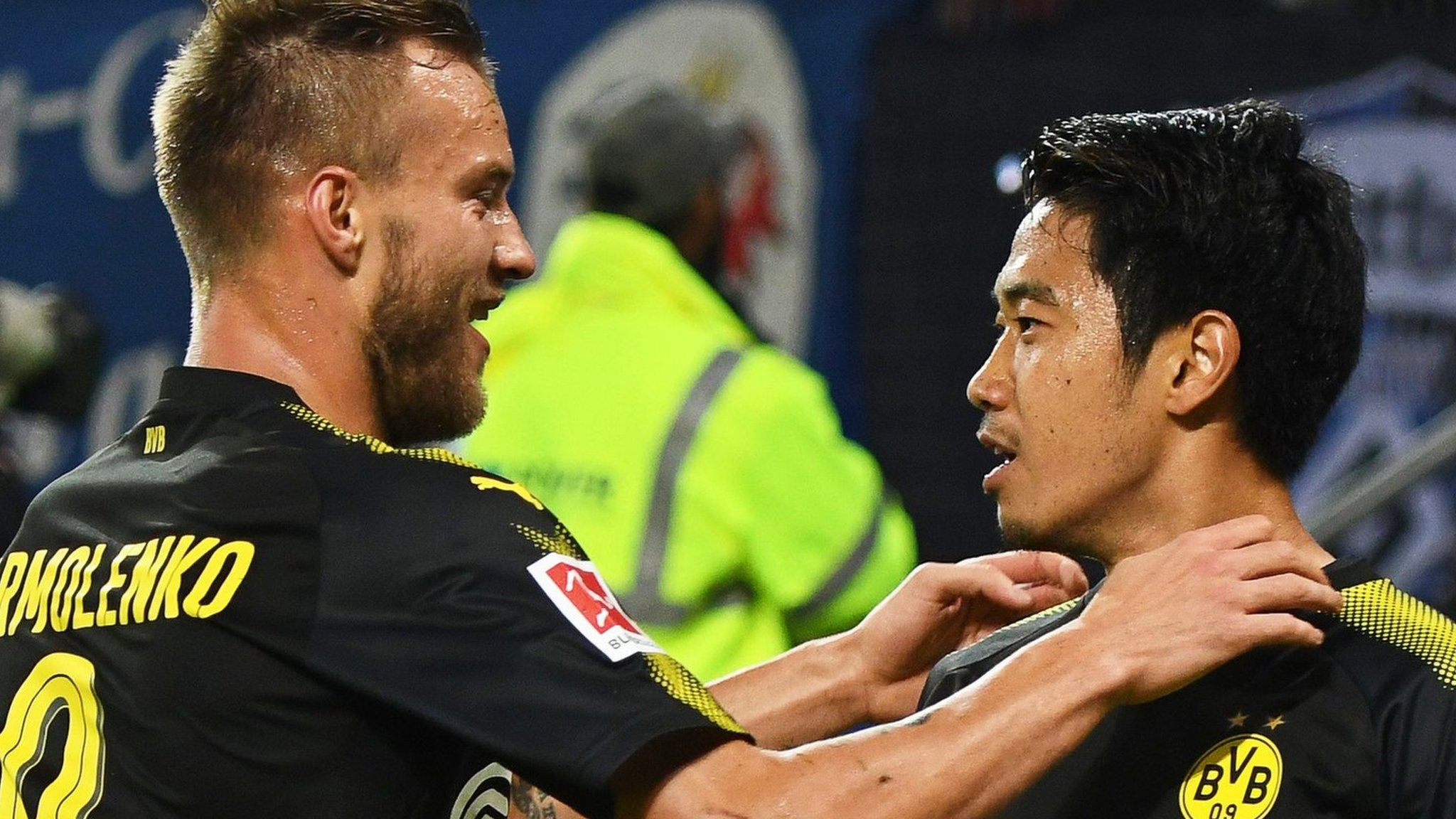