David Maraga hits back at ‘threats’ over Kenya election re-run

Threats against Kenya’s judiciary are increasing after a Supreme Court ruling to annul the presidential election result, the chief justice says.

“Demonstrations have bordered on violence and are clearly intended to intimidate the judiciary,” David Maraga said in a statement.

It comes amid protests against the decision to invalidate President Uhuru Kenyatta’s win in last month’s vote.

The court cited irregularities and a new election is due on 17 October.

However, on Monday the French IT firm which supplied the electronic voting system said it would struggle to be ready in time.

Africa Live: More on this and other stories

Western diplomats have expressed their concern at the rising tensions in Kenya, urging politicians not to incite violence.

Kenya’s election commission initially declared Mr Kenyatta the winner by a margin of 1.4 million votes but the result was immediately challenged in court by his nearest rival, opposition leader Raila Odinga. 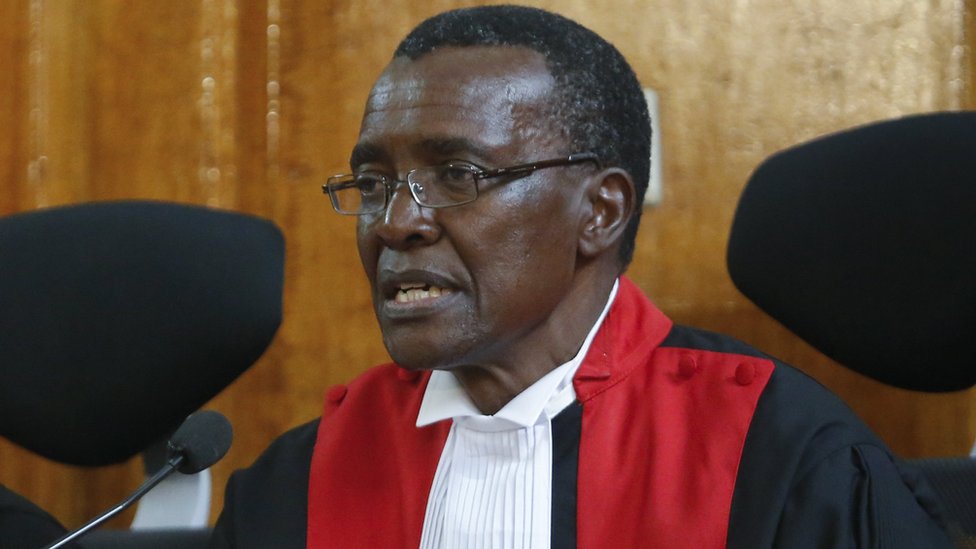 Why were 39 Burundian refugees shot dead ...